Own an Almond router? It’s about to get a dose of home automation thanks to new firmware from Securifi. The company behind the clever (and attractive) routers just announced a new set of features that will better position its product in the marketplace.

These home automation features are a natural fit for Almond routers since Securifi designed the router to be showcased in a home rather than stuffed in a closet like most routers. The latest router can even be hung on a wall.

Securifi launched the original Almond router in 2012 and quickly followed it up with a new model in 2014. Then, earlier this year, the company pushed out another router that packs more of what made the first two special: It combines top-tier technical specs with a pretty face. And now it does home automation, too. 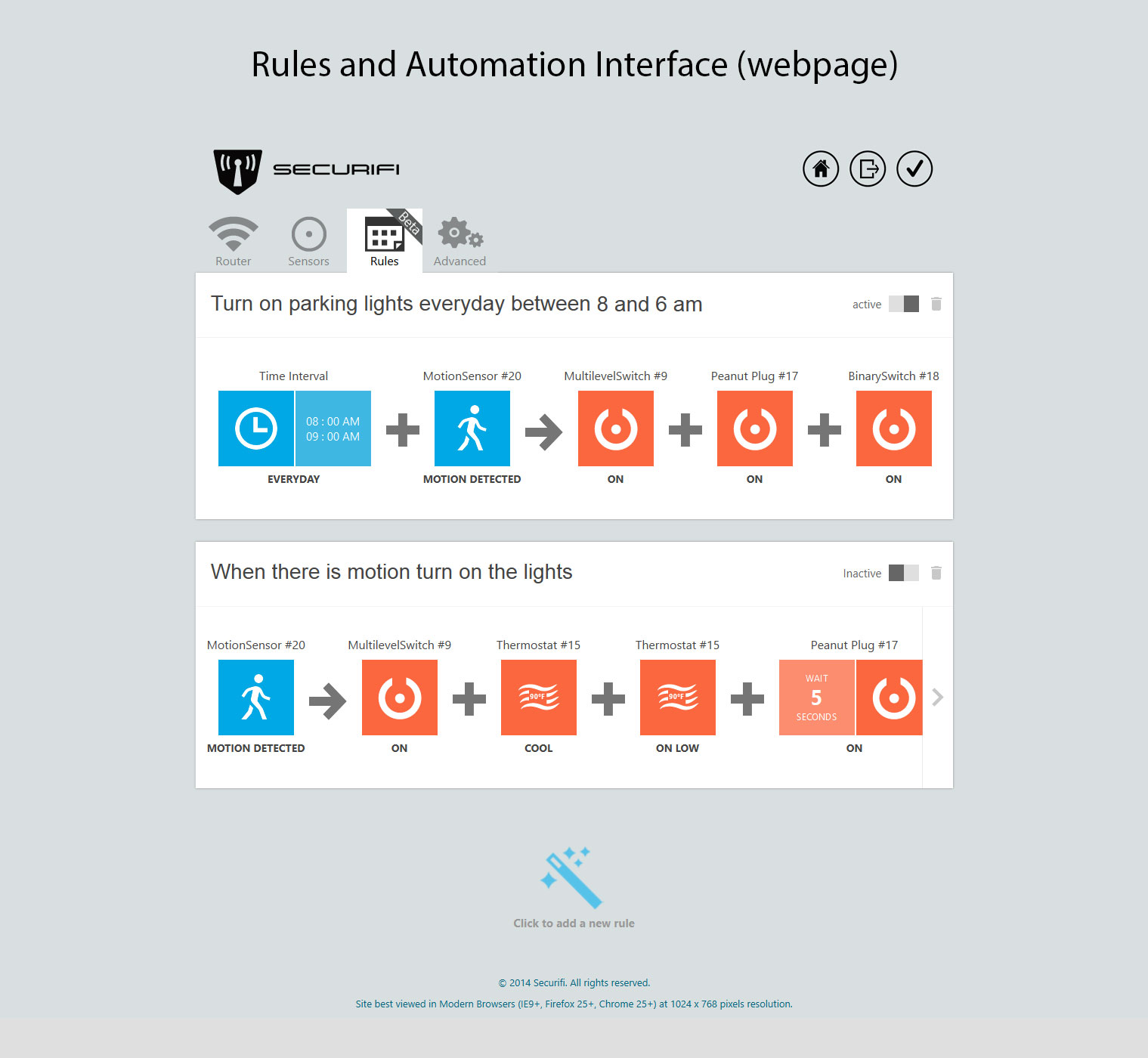 The new home automation features work in an “if that than this” scheme. However, unlike the online service of IFTTT or SmartThings, the platform is ran locally on the router and does not require a connect to the Internet. The latest Almond router, the Almond+, is compatible with ZigBee and Z-Wave devices, effectively giving the router the ability to talk to thousands of different home automation modules. This includes everything from smartlocks to connected thermostats and the like. Between ZigBee and Z-Wave, a home owner can make a home automation system that will rival the Jetson’s.

Securifi is releasing its own connected outlets. The outlet keeps with the nut theme and is called Peanut.

I found the system easy to configure through a smartphone app. The app’s flow is logical and the setup nominal, which is what made the original Almond popular.

This move into home automation is an ambitious plan for Securifi, but a smart move. So far no one from Nest to ADT to SmartThings have found the secret sauce. Securifi presents an interesting proposition by integrating the home automation hub directly into a router making it a powerful connection hub.