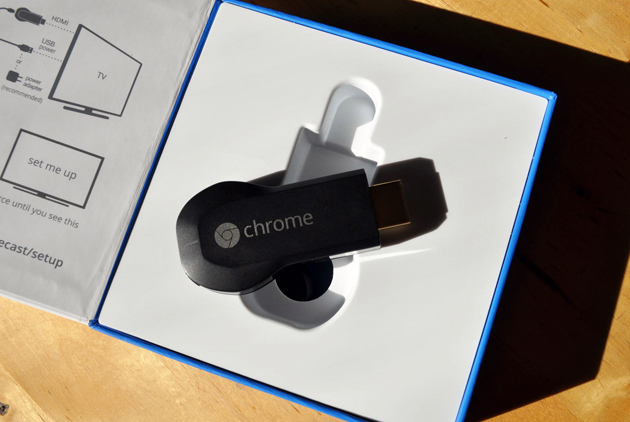 Google’s Chromecast turns the phone in your pocket into a really, really great TV remote — which is great, until your TV remote is nearby, but your phone for some reason isn’t.

While it doesn’t seem that Google has officially announced the functionality, I’ve just tested it myself — and sure enough, it works. Here’s an on-the-fly demo:

It’s all working through the magic of HDMI-CEC, the same protocol that allows the Chromecast to automatically turn your Smart TV on when it’s video time.

The bad news: that means it won’t work with all TVs, though most made within the last few years should be HDMI-CEC enabled. Some TVs sort of hide the protocol to avoid confusing people — so if you’re not sure, check your manual. (Oh, and your TV’s remote will need a dedicated play/pause button, of course.)

The functionality also seems to be enabled on an app-by-app basis. It doesn’t work when you’re casting from Hulu, for example — but from YouTube? It worked immediately, without me having to change a thing.