In order to support Apple’s new wearable device, the Apple Watch, the company announced this morning it’s rolling out an updated version of the iOS mobile operating system, version 8.2, starting today. Included in the new OS is a brand-new “Apple Watch” app, which is how Apple Watch users will be able to download apps and configure various settings, including their notification preferences, for example.

The decision to include the Apple Watch app as part of the OS may frustrate some users who are not planning to buy the accessory immediately, or at any time. They may argue that it would have made more sense for the Watch app to be hosted in the iTunes App Store as an optional download for interested users instead. That Apple is releasing it as a core OS application, however, indicates how essential the company believes its new hardware to be.

After updating your iPhone to the latest OS, the Watch app will appear on your homescreen. You’re not able to delete the app from your device, but you can hide it in a folder if you choose.

On the main screen, the app allows you to begin pairing your Apple Watch with your iPhone with a tap of a button. A “learn more” link will take you directly the Apple.com website’s page about the new Watch. 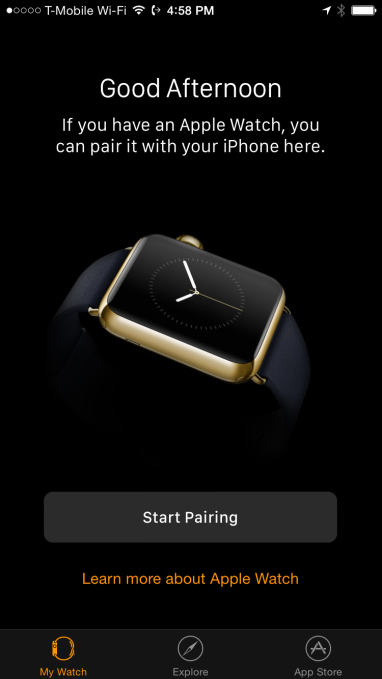 A second area in the app, called “Explore,” introduces new users to the various Watch features. This is done by way of just a few videos, but they’re more high-level than how-to, and come across more as an attempt to explain why you need the Apple Watch in the first place, rather than offering the nitty-gritty details of how to operate the Watch or use its many functions. 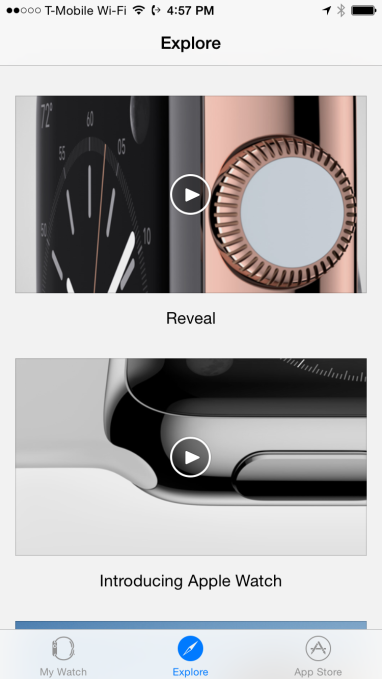 The third section in the app will ultimately be the most useful. This is the Apple Watch App Store – a dedicated section of the iTunes App Store focused on Watch apps. However, because the Apple Watch isn’t available for pre-order until April 10th, with general availability on April 24th, this App Store is empty at present.

Instead, there’s only a placeholder page that says “Experience the App Store built just for Apple Watch – coming soon.” 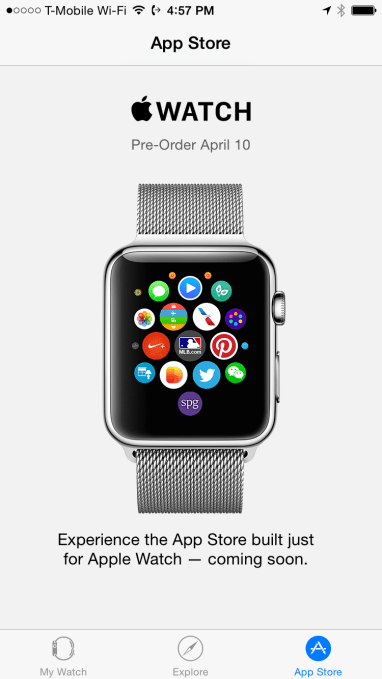 But if you’re interested, we rounded up a good number of the soon-to-launch Apple Watch apps here.

Beyond the ability to sync the Apple Watch with your iPhone, iOS 8.2 doesn’t include many other notable updates beyond some bug fixes and stability improvements. The only other updates worth mentioning here are improvements to the Health app, which now includes an “incognito” mode for pausing the app, plus better support for third-party fitness apps, and more. The most noticeable thing for most users will be the appearance of this new Apple Watch companion app on their phone.