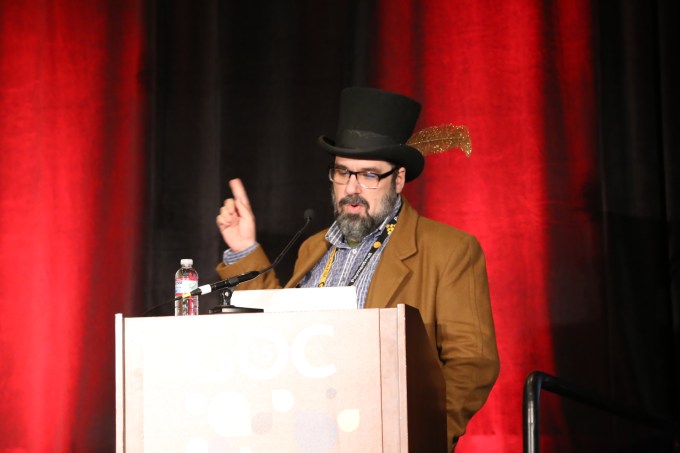 Since 2013, the Internet Archive has provided access to old console games, arcade titles and even MS-DOS classics like Oregon Trail. In a talk at GDC, Internet Archive curator Jason Scott explained how and why the non-profit preserves history by making sure games from the past aren’t lost as we move on from old hardware and software platforms.

“The thing about computer software history is that it is both adored and ignored,” he said, comparing how we preserve software to how we preserve old film. “For decades, people would throw out floppies containing classic games without a second thought.”

While there are museums where you can see old hardware and software as exhibits (Scott called out the Computer History Museum in Mountain View as a particularly good example), these limit access to those who can actually make it to a physical location, which doesn’t take advantage of the fact that software doesn’t have to remain trapped in a particular computer.

By abstracting games away from their old consoles and PCs, the Internet Archive is ensuring that the experience itself can live on through emulation. “There are games where the only evidence that they ever existed is a single surviving circuit board,” Scott says, “so we have teams of volunteers who find that old hardware and figure out how to strip the game out so it can be useful on its own.” Emulators, which run these old titles by simulating the original hardware, make the old new again.

The philosophy that drives Scott’s effort is “access drives preservation,” so just dumping files that can run in an emulator on the Internet Archive wasn’t enough. So he led the drive to port the MESS emulator to Javascript, which let the Archive make each game an embeddable experience in the same way that you can drop a YouTube video or SoundCloud song into a web page. That means you can show your eight-year-old cousin what the original SimCity was like without making her sit through your funky DosBox setup — all you need to do is send a link.

Scott says the approach that game historians like himself have taken doesn’t scale enough — some circuit boards were lost to history before nerds who cared enough were able to preserve them, and modern games aren’t preserved on physical media. As such, he entreated the developers in the audience to do what they can to make sure that the games made today aren’t lost forever. “Steal from your company, make a box [of notes, artwork, and code] — don’t repeat the mistakes of the past.”