The YotaPhone 2, an innovative Android smartphone with a standard full-color display on the front, and a low-power e-ink screen on the back, will finally make its way to the U.S. market beginning this summer with an Indiegogo campaign kicking off soon. The company will use the crowdfunding site to sell the device outright, with special pricing available for early bird backers who fund the campaign when it launches this April.

We reviewed the YotaPhone 2 earlier this year, and found that the second-generation device from Russian device maker Yota offers a lot in the way of unique features and functionality thanks to that e-ink screen found on the reverse of the device. It’s a far superior gadget when compared to the original YotaPhone, with drastic improvements in just about every aspect of its software and hardware design. 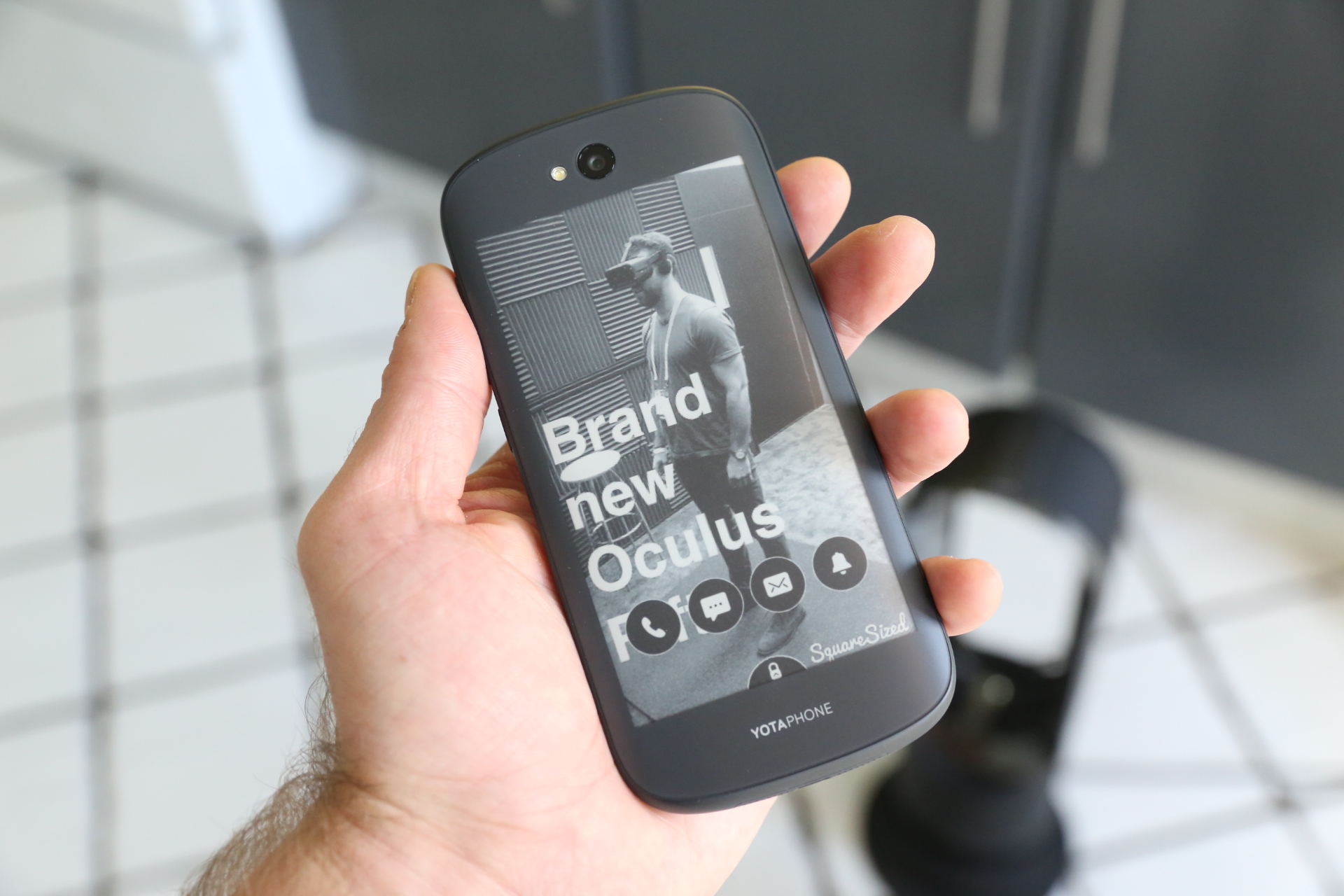 For those wondering what the benefit of two screens on a smartphone are, you basically get additional battery life from the e-ink display, since it consumes less power than the full-color screen, and is perfectly suited to working with text and doing things like reading Kindle books.

Yesterday, Phone Scoop reported that YotaPhone 2 would be coming to Indiegogo, with an approximate off-contract price of $600 unlocked, and compatibility with both AT&T and T-Mobile’s LTE network in the U.S. It’s unclear whether the discount pricing Yota is teasing today with its official splash page for the Indiegogo campaign will be below that $600 mark, but it’s likely the Russian firm will look to incentivize crowdfunding campaign supporters in some way. Yota plans to expand distribution to retailers like Best Buy once the campaign concludes.