Remember that custom Millennium Falcon quadcopter from a few weeks back? It better look out. The Rebel Alliance isn’t the only one with birds in the air anymore.

As a followup to his Millennium Falcon project, French RC hobbyist Olivier_C has built a second quadcopter — but this time around, he’s building for the Empire.

Modeled after the TIE Interceptor from Return Of The Jedi, Olivier says this guy took about 15 hours to design and “at least as many” to get it flying right. In the end, at least 14 propellers were sacrificed for the cause — including a few that sent carbon shrapnel shooting into the walls of his garage.

Can it make the Kessel Run in fewer than 12 parsecs? Nah. But it probably can blow some minds at the local park.

For comparison, the maiden flight of his Millennium Falcon:

Want to see this thing come together step-by-step? Olivier has a full build gallery right over here. 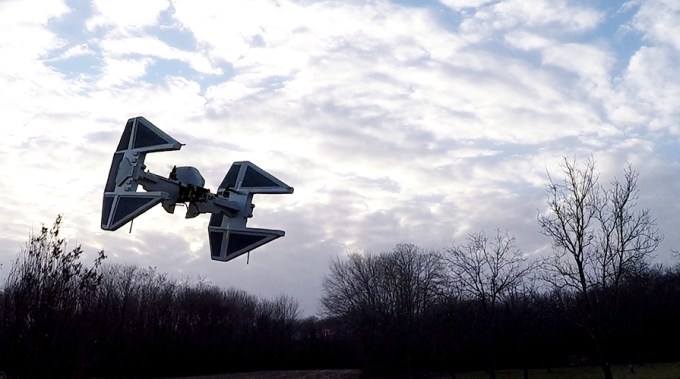