A handful of early Y Combinator alums are testing a new type of summer program where they will give $10,000 to four or five teams this summer to build products. Called the Summer Founders program, its first site is at Pennsylvania State University, where Xobni and Sincerely founder Matt Brezina got his undergraduate degree.

About a decade ago, Y Combinator co-founder Paul Graham gave Brezina and his Xobni co-founder Adam Smith $12,000 to work on a startup idea for the summer.

It changed his life. He went on to create Xobni, which was acquired by Yahoo and gifting startup Sincerely, which got bought by Provide Commerce.

So Brezina is trying to return the favor by giving a small amount of money to undergraduates to live on for the summer to work on their own ideas instead of working for another company.

The money can go to non-profits or for profits. It’s a non-equity grant that’s paid for by tax deductible donations. At least one person from each team must be a Penn State student.

During the program, which is based in State College, Pennsylvania, there will be weekly dinners with visiting entrepreneurs, including Brezina, Weebly co-founders Dave Rusenko and Chris Fanini, Twitch and SocialCam founder Michael Seibel and Scott Cannon, who co-founded Mailbox, which was later acquired by Dropbox. All of them ended up being donors to this program.

If the Penn State version of the program works out, they’ll expand it to other schools. 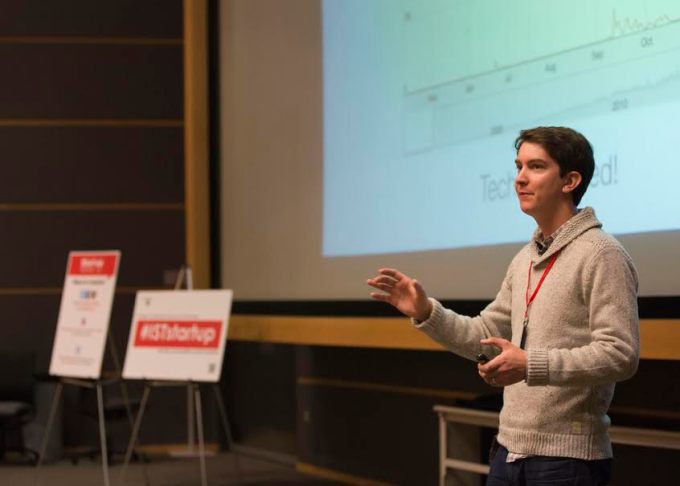