Zillow now makes it easier for homeowners to edit facts about their homes and have those changes immediately reflected in its price estimates.

Zillow’s so-called Zestimates are one of the key features of its service. For every house in the U.S., Zillow will try to estimate its current value. Currently, that’s about 100 million homes, the company’s chief economist Stan Humphries told me last week. Three times a week, Zillow runs a number of statistical models for every single one of those properties and then updates its Zestimates accordingly.

Since 2006, Zillow has allowed homeowners to edit facts about their homes. About 50 million homeowners have done so already. Until now, however, it often took weeks before the Zestimate reflected those changes.

Starting today, those estimates update immediately. Some of the data points homeowners can change are the number of bedrooms, bathrooms, square footage, lot size and the year a home was remodeled. Then, based on the other things Zillow knows about the location (comparable homes, etc.), it will update the price. 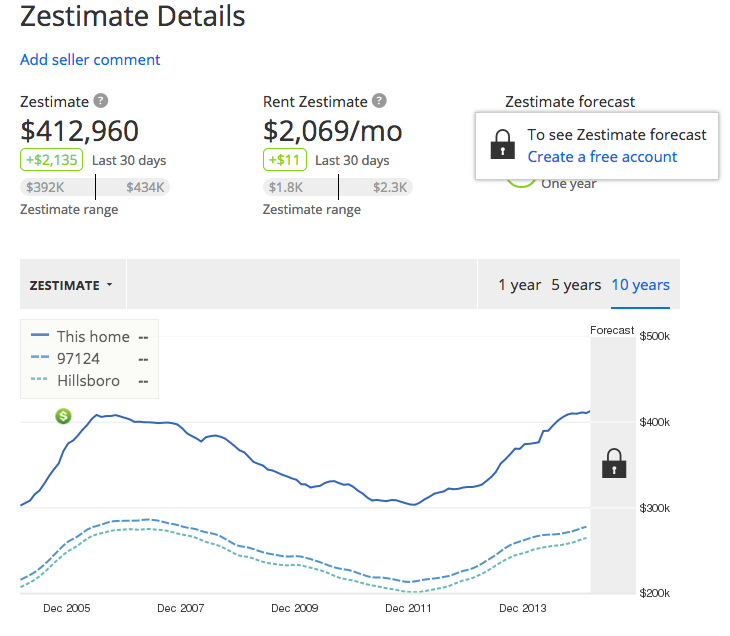 As Humphries told me, it takes a lot of compute power to run all of the company’s models and until now, it wasn’t really possible to do this in real time.

For the most part, the model is pretty accurate (about 7.9 percent median absolute error nationwide). A few years ago, when Zillow only had about 43 million homes in its database, that error rate was closer to 14 percent.

There are always some intangibles when it comes to pricing homes, but one of the main reasons Zillow sometimes gets it really wrong is because the information it has about a given house is simply wrong. Homeowners, after all, like to renovate their homes and maybe add a bedroom or sunroom. But until the home comes on the market (or a homeowner updates the information), Zillow won’t be able to take this information into account.