Iotera, a U.S.-company that produces GPS devices with months of battery life, has closed a $1 million seed funding round led by ZenShin Capital Partners.

Crunchfund*, Startup Capital Ventures, String Ventures, EarlyMarket and Rubicon Venture Capital also participated in the round. Iotera raised a $700,000 from ZenShin Capital in August 2013, and also pulled in $280,000 from a 2014 Kickstart campaign for its Iota wearable device.

The company is still developing the Iota, which started out as a device to help pet owners keep track of their animals. (We wrote extensively about it last year.) It also offers a home-base that tracks the Iota over a distance of up to four miles.

The products are strictly for pre-order right now. The company estimated that they will begin shipping to customers from May 2015.

“We got the idea from looking at Craigslist, where there were postings for at least 50 lost pets just in the Bay Area alone,” Iotera CEO Ben Wild told TechCrunch in an interview.

Iotera started out four years ago, compelled by the poor battery life of GPS trackers at the time — which typically ran for a couple of days between charges — and the service charges for using them — which, Wild said, including the cost of the device, can run to $500 over a few years.

Its devices are more ambitious than merely tracking, and are not just for pets, according to Wild. The Iota can last for “months” without charge because it runs on wireless protocols that the team designed from scratch (rather than using battery-draining, smartphone-designed cellular connections).

Its companion smartphone app offers a range of notifications that are customized for different uses — such as tracking pets, detecting new mail in a post box, tracking the opening of door, and more. Things get more interesting, however, when you look at the community-based network of Iota devices. 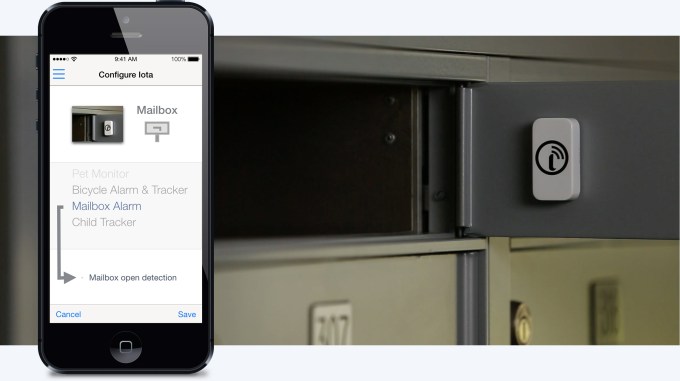 The home-bases link up with one another. Planting a few in close proximity creates a coverage area for tracking devices beyond a customer’s specific home-base. That means that, for example, I can track my kids’ whereabouts beyond my immediate neighborhood without having to pay $10/$20 in monthly service charges.

“We can cover entire cities with a handful of home-bases,” Wild explained. “Less than 20 would be enough for San Francisco, for example.”

Data from the company suggests that, once the devices ship, there are already wide Iotera coverage networks in San Francisco. 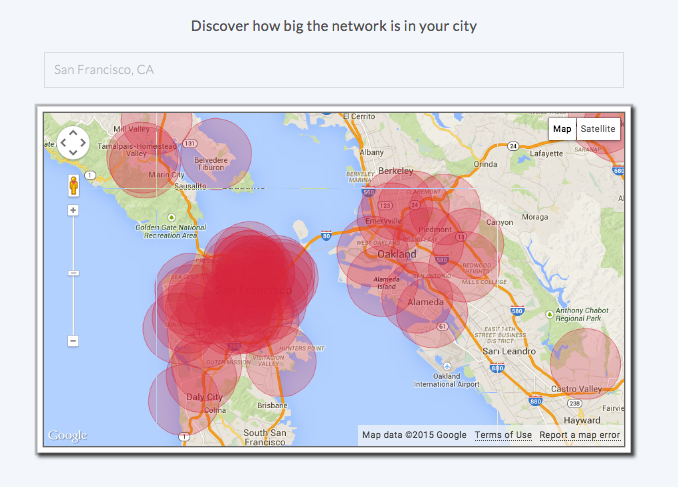 While the networks share coverage, the data in each Iota is encrypted, even when it passes through a home-base. That’s important because it means that third parties can’t hack into the system via a customer’s home-base, Wild said.

The company is scaling up right now, Wild said that its four-person team will increase to seven with the funding under its belt. Iotera isn’t looking to monetize beyond the sale of trackers and home-bases at this point, but Wild admitted there could be several revenue-generation opportunities in the future.

Location-based ads, served via the Iotera network, could be one option. While the network could be opened up to selected third parties, too, he said. Wild cautioned that ads should add value to users, so hopefully that means the company will be selective with what it serves — however there are no immediate plans to pursue such strategies at this point.

“It’s very easy to get distracted [with an internet-of-things project] because there are literally so many things you can do,” he said, pointing out that the company is currently focused on developing the customer experience.

One area that is being considered is international expansion. Wild would like to see the devices sold in Europe in early 2016 and he said that there are early discussions with potential partners in China and Japan. These international efforts would probably require an additional funding round, however. Wild estimated that this round should give Iotera around 12 months of runway before it needs to raise again.

*Crunchfund was founded by Michael Arrington, who also founded TechCrunch