With all the excitement around wearables and fitness trackers, it seems inevitable that something like this would occur: there are now two separate companies running Kickstarter campaigns aimed at improving the classic jump rope by adding smart technology to the product. The “smart ropes,” as they’re being called, are designed more for those who use a jump rope during their gym workouts rather than children who jump just for fun.

The first project is Sophia, the “smart skipping rope,” which offers a Bluetooth-connected jump rope that includes an activity tracker that can measure your jumps, speed and calories. This data is synced to an accompanying iPhone or Android application, where you can track your progress or even challenge friends or others remotely to beat your records. 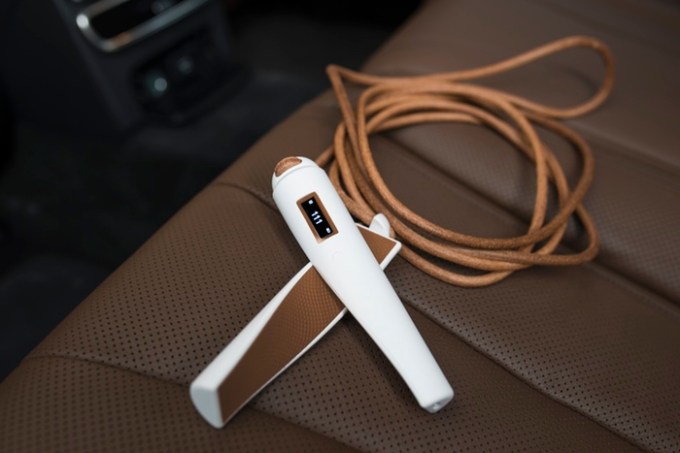 The technology that makes the rope “smart” is hidden in the handles, which contain three fitness sensors including a triaxial accelerometer, infrared module and an optical module that counts your jump cycles. An integrated OLED display on the handles themselves will also show the jump count as well as the battery indicator.

The company claims its battery will last up to one month – which, if accurate, makes the product more compelling than a number of fitness trackers which have to be charged with far more frequency. (Often, the frustrations around charging end up seeing users abandon their wearables after the initial interest wears off.)

The Sophia rope’s handles, when placed together, are held together via magnets so the rope can be easily stored in your gym bag, taking up little space. Meanwhile, when pulled apart, the handles have a rubberized cashing and ergonomic grip to make jumping rope easier. 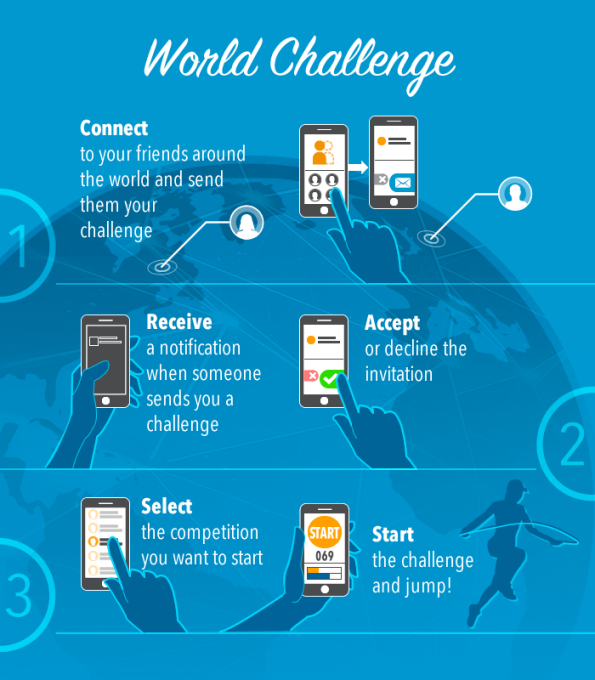 What makes Sophia interesting, however, is its “gamified” approach to fitness. In the accompanying mobile app, you can choose between games like the “time challenge” or “jump countdown” in order to compete against friends or other remote Sophia users. These challenge invites come in as push notifications which you can then accept or decline right from your phone.

But Sophia is only one variation on the smart rope. Another company is making its Kickstarter debut on Wednesday with its own take on a tech-infused jump rope. Like Sophia, its rope works alongside a “Smart Gym” mobile application which tracks how many jumps you’ve completed and how many calories you’ve burned. While the focus here is less on gaming, the app does include a virtual trainer function which lets you set fitness goals and track your progress, as well as share that progress with friends or compete with them on Facebook. 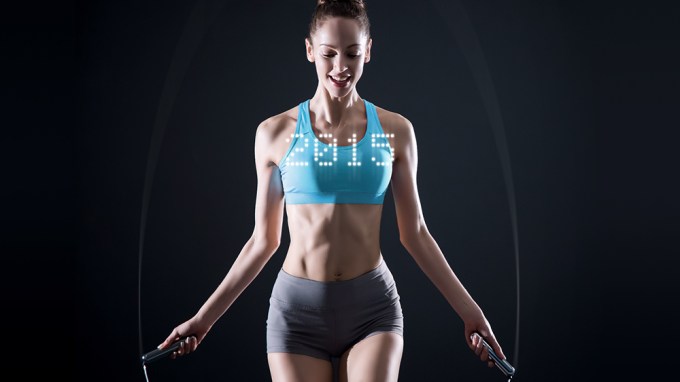 But what makes this “Smart Rope” unique is not the social element. Instead of just showing a small jump counter on the handles, the Smart Rope uses 23 LED lights that actually display your jump count in mid-air while you’re in motion. The display can show up to four digits, and can also be toggled to show how many calories you’re burning, if you prefer a different sort of motivation.

The company behind the Smart Rope, Tangram, was one of Samsung’s vendors in designing its Smart TV experience, and has shipped other products in the past, including remote controls, phone cases and more, making it a slightly safer bet that its rope will launch, assuming it meets its fundraising goal of $60,000.

The rope itself is placed at a 45-degree angle to the handle, and is on ball bearings for a “smooth, extremely responsive” feel, the company says. Meanwhile, inside the rope there are multiple magnetic sensors housed in the handle, with a full revolution that register the actual jumps.

The company says it didn’t want to use gyroscopic sensors that monitor generic movement because those sensors are already in your smartphone and in most wearables. 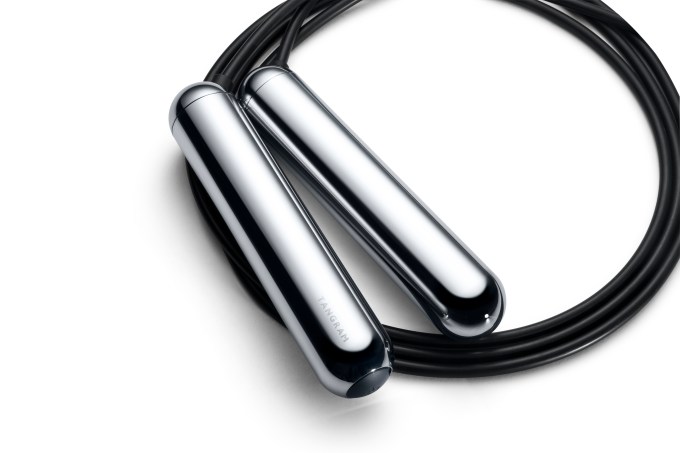 Tangram has developed the prototype for its Smart Rope already, and will use the funds it raises to take the rope into production. Tangram says the rope will sell on Kickstarter for $60, with price reductions for those who buy in bulk. The campaign begins on Wednesday, and retail pricing has not been set at this time.