Days after Google reported a miss in its quarterly earnings on the back of declines in ad revenues, another development points to challenges being made on the search giant. Yahoo continues to inch up in search market share, at the expense of Google declining, with Google’s share of U.S. searches, excluding mobile, dipping below 75% for the first time since July 2008, and Yahoo overtaking bing as the second-largest search engine in the U.S. when counting desktop, console, tablet and smartphone queries.

It may look like a drop in the ocean to some — especially given the caveats we detail below — but the numbers, published by StatCounter, show that Yahoo’s deal to take over as the default search option on Firefox is very slowly bearing fruit, with the company nearly tripling its market share on that browser in the U.S. in the last three months.

Yahoo is now up to over 28% of all searches, versus just under 10% in November 2014. Google, meanwhile, is now below 64% of searches from the Firefox browser based on desktop, console and tablet (but not mobile handset) searches.

The stats point to a small but still interesting trend, particularly in light of Yahoo apparently gearing up to make a play for a lucrative deal with Apple to take on default search in the Safari browser — a deal that has historically clinched by Google but is up for renewal this year.

Yahoo and Microsoft are now at the halfway point of a 10-year search partnership, and as part of Yahoo’s push to improve its search business, there have been reports that Yahoo is “discussing changes” to that deal, perhaps to push its own technology but almost certainly so that Yahoo can consolidate more revenues from the searches that are made using Yahoo.

Still, it’s important to point out too that Google is still well ahead of the pack in the bigger scheme of things.

For one thing, Firefox remains far less popular than Chrome as a browser — in fact, it’s only in fifth place in the U.S., behind Chrome, Internet Explorer, iPhone and Safari. 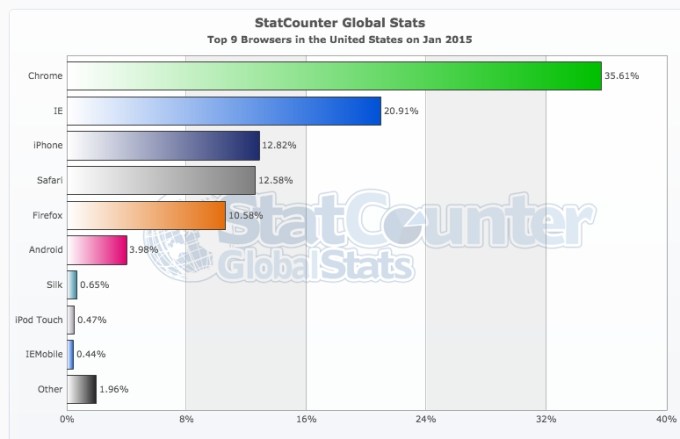 And Google’s dipping below 75% does not take mobile into account. If it did, Google’s search share is still at a confident 78%. Still, that is down by more than one percentage point compared to November 2014, when Google’s share was 79.79%, and bing was still in second place after Google. 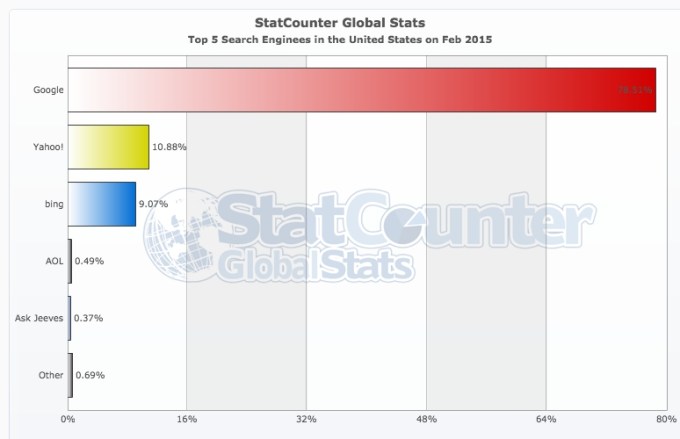 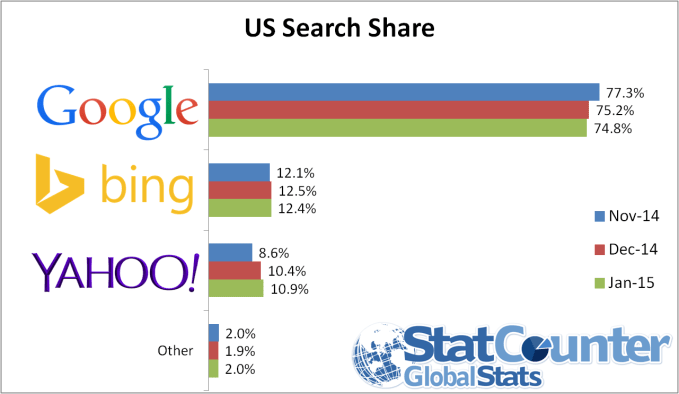