Starting today, Tumblr is rolling out a series of updates to its online blogging platform designed to make the service more attractive and useful for content creators, and specifically for those writing long-form content. The move comes at a time when publishing platform Medium, co-founded by former Twitter CEO Evan Williams, is growing in popularity thanks to its simple and clean user interface – something which clearly Tumblr is now trying to target with these recent changes.

Also new today, are upgraded mobile apps for Tumblr users that introduce improved support for push notifications and messaging, among other things.

The company teased some of the changes on its staff blog yesterday, highlighting a feature that shows an animation of a rich text editor, but hinting that there was “much, much more” on the way.

As the screenshot below shows, the new Tumblr editor now allows for making formatting and style changes during the composition of a blog post through a pop-up interface where you can do things like bold, strikethrough, italicize, link and more.

It’s not necessarily more useful than the current implementation where these buttons are at the top of the writing window, but it’s a step forward in making Tumblr’s “Compose” interface a more beautiful writing environment – and one which is somewhat reminiscent of Medium’s own formatting tool, which also appears as you highlight the text on screen. 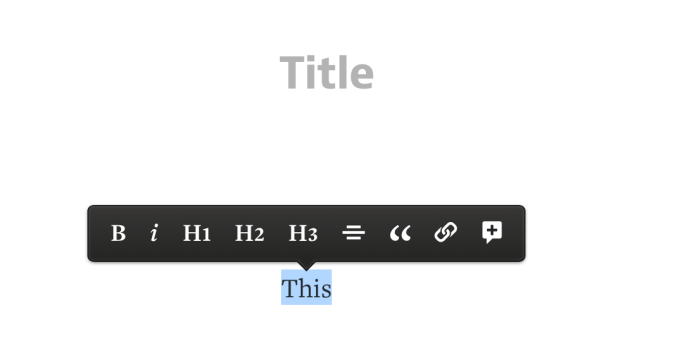 That being said, I personally prefer the way Medium’s formatting bar appears – all at once, instead of the buttons rolling in one-by-one, which is a bit distracting.

But while the formatting feature was the only one Tumblr has publicly touted so far, it’s not the only online upgrade on the way.

Going forward, while writing in Tumblr, users will be able to see posts that really look like posts – that is, what you see when writing is exactly the way the post will look when published, which has not always been the case. In addition, the service is adding more ways to structure your work, including more formatting options like subheads.

Tumblr is also now allowing users to add images, videos and other embeddable media anywhere in the post body by using a new “+” (plus) button that pops up when you start a new line of text. (The button is available on all post types except for “Chat.”)

This, too, appears to be a Medium-inspired change, as the screenshots below help illustrate. 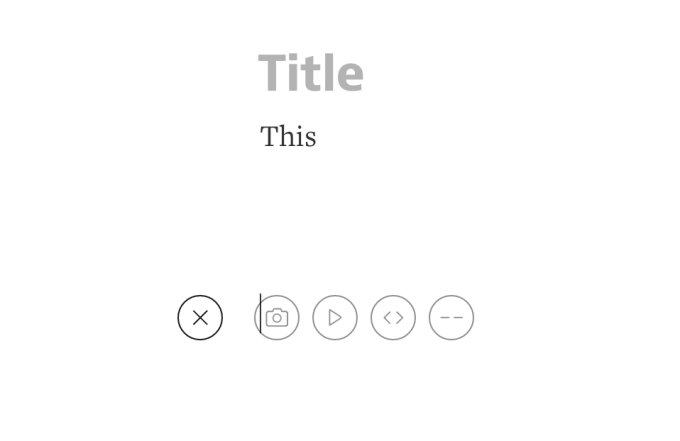 The introduction of these changes may make it easier to write long-form content on Tumblr, but Medium still offers the cleaner interface for writing, thanks to its use of white space and its decision to put very few buttons or other user interface elements on the screen while in writing mode. The service also offers a variety of other features, like its more participatory commenting system, that Tumblr today doesn’t replicate.

That being said, Medium is still a much smaller property than Tumblr today. But it’s growing. When the company introduced its iOS app in March last year, it had a reported 13 million unique users. By December, that number increased to 17 million. And this month, Williams said the site had its biggest week ever, however, he noted that Medium likes to measure its impact not by visitor count but by “TTR” or “total time reading.”

Tumblr’s online changes are the most notable of the new features rolling out now, but it’s worth mentioning that Tumblr has now upgraded its mobile apps on iOS and Android, too. Along with some minor user interface tweaks and more technical updates (e.g. the ability to wipe the cache and added accessibility features), the most important updates concern notifications.

Now, users can receive push notifications for their “asks,” answers and fan mail via the apps, and you can swipe on your notifications to like posts and follow people on the service.

Not everyone has the updated set of tools for Tumblr’s online post forms just yet – these are rolling out to users over today and tomorrow. However, the mobile application upgrades are out now on both Google Play and the iTunes App Store.

Update: Tumblr has now posted more details on its blog.