After a few weeks of rumors, Google today officially announced that it is bringing its Google Fiber Internet and TV service to 18 new cities in four metro areas. These include Atlanta, Ga., Charlotte, N.C., Nashville, Tenn., and Raleigh-Durham, N.C. This marks Google’s largest expansion of its gigabit network yet.

Other metros that are still in the running to also get Fiber soon include Phoenix, Portland, Salt Lake City, San Antonio and San Jose. Google says it will have updates on those cities later this year. Fiber is currently available in Kansas City, Austin and Provo. 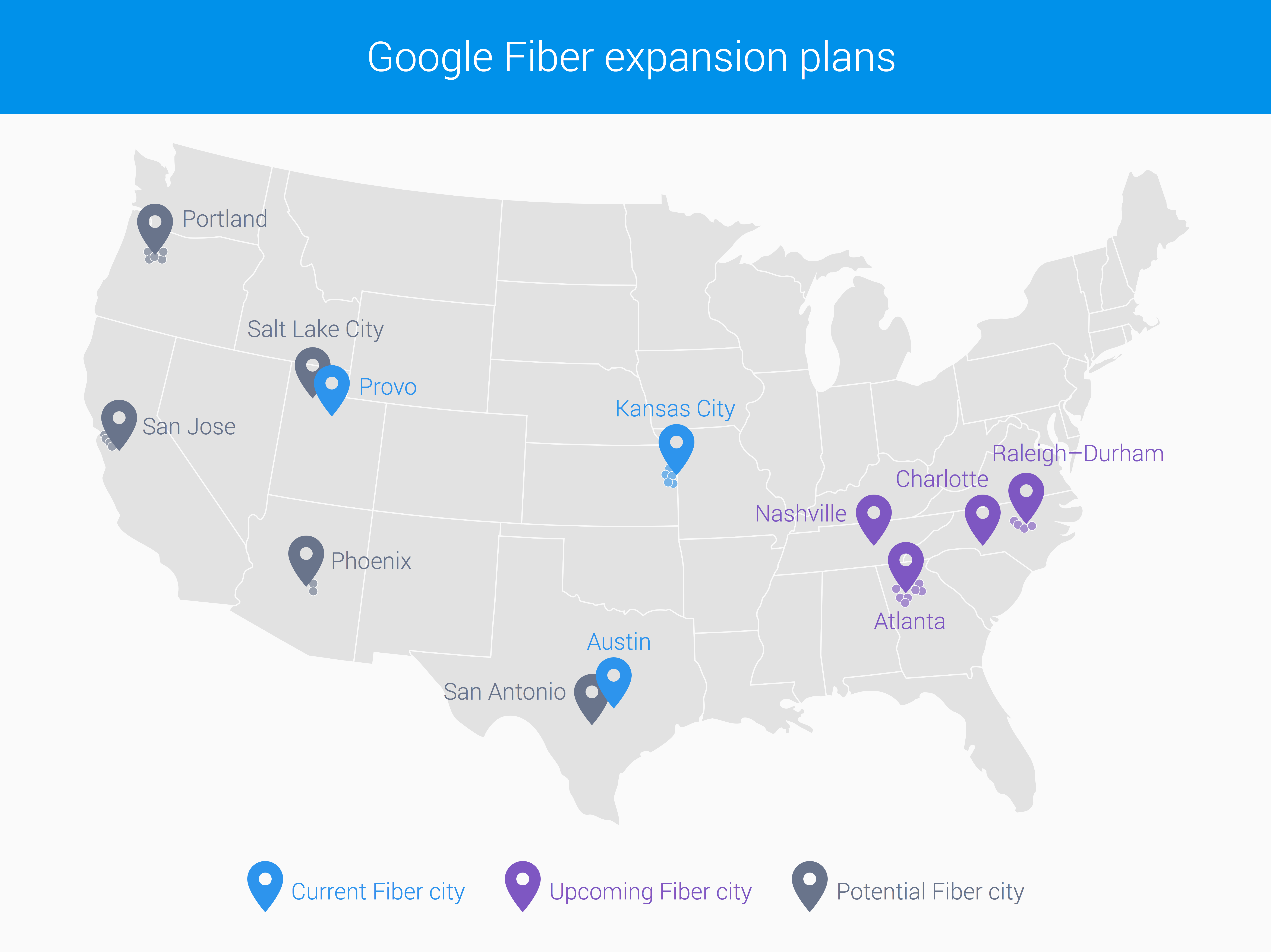 It’ll still be a while before the new metro areas will actually get Fiber service, though. Now that Google has decided where to expand next, the company will have to work with those cities to decide where exactly it will put its fiber lines. For the most part, that means using utility poles (something that isn’t without controversy) and digging underground lines.

It’s unclear if Google will once again use pre-registrations to decide which neighborhoods to build in first, but that’s what it did in Kansas City and Austin (in Provo, Google bought an existing fiber ISP), so chances are it will do the same as it expands.

Typically, Google waives its construction fees for new Fiber lines and offers a free tier to those who don’t need the full gigabit speed (but then you do have to pay those construction fees). Access to Fiber currently costs about $70 for Internet service and $120 to $130 for Internet+TV service.