Omnipresence seems to be the theme for Facebook’s F8 conference this year. Today, registration opened allowing developers to apply for $495 tickets, though it’s free to livestream. “One of the biggest changes about this F8 is that we’re going to include all the properties: Facebook, Oculus, Messenger, Instagram, and WhatsApp,” Facebook’s Director Of Platform Deb Liu tells me about the conference set for March 25-26 at San Francisco’s Fort Mason Center.

Facebook’s developer products including Parse, Login, App Links, App Ads, Audience Network, LiveRail and Video will all see updates. Previous F8 conferences have stuck to Facebook’s own developer and consumer products, but with two days this year, it’s expanding to show off its acquisitions and secondary apps.

“What we want to do is have developers think about us as all the tools we can offer, not just login and sharing that we’ve offered for many years,” Liu explains. 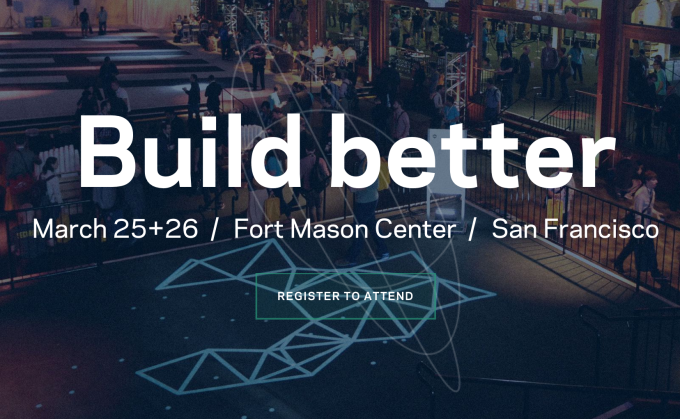 F8’s first day will kick off with the traditional keynote by CEO Mark Zuckerberg, while the second day will feature Oculus. There’s also a big panel planned about the future of communication, starring Instagram co-founder and CTO Mike Krieger, WhatsApp co-founder Brian Acton, and head of Messenger David Marcus.

Facebook will also offer panels diving into how News Feed works, how the company builds apps through its Creative Labs initiative, and design tips. Oculus will give demos of its latest Crescent Bay virtual reality headset, and Internet.org will let devs test their apps in simulated developing world network conditions.

You can check out Zuck’s keynote from last year below for a taste of how F8 works:

Rather than just sell tickets first-come, first-serve, Facebook will keep registration open for a while, then review attendance applications to select who will get the spots. This makes sure Facebook’s partners can get in, and everyone there is serious about learning. Liu says the rationale is “to make sure the audience is diverse and reflects our global ecosystem.”

When pressed about what she meant by “diverse,” she said the company will look at factors including “geographic location, type of business, as well as things like gender, race, and sexual orientation.” To make sure it gets a well-mixed crowd, Facebook is working with organizations including Girls in Tech, Girls Who Code, the Anita Borg Institute, BUILDUP, Code For Progress, Hackbright, Transcode and Yes We Code.

In past years, Facebook has laid out the foundational structure of what I call its “PlAdform,” which it describes as “Build-Grow-Monetize.” Now it’s time to tie the pieces together.

Essentially, Facebook provides development tools like Parse, Login, and sharing to help people build apps. It then offers its ad products like App Install Ads and LiveRail as a way for developers to buy growth. Then Facebook can help developers monetize by hosting their Audience Network ads and splitting the revenue with the social network. It’s a smart strategy that gets developers to pay Facebook until they can make money together. 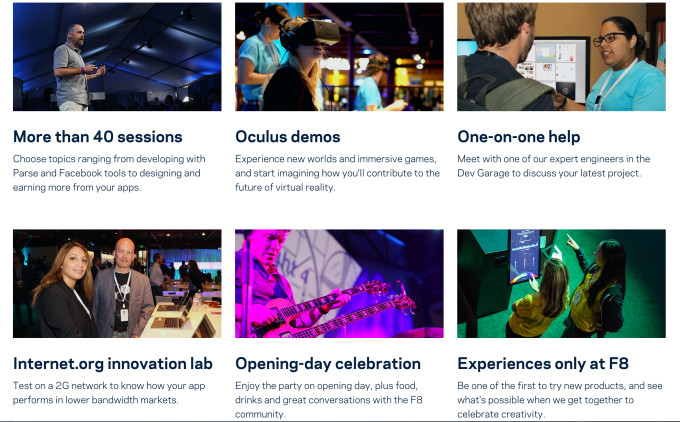 This year, Facebook seems intent to extend that strategy across more properties. We’ll likely see ways to build deeper ties between developers’ apps and Instagram, WhatsApp and Messenger. I’d also expect Parse to beef up its analytics to become a more full-fledged competitor to services like Mixpanel, possibly including ad analytics.

Facebook wouldn’t specify how long it will keep registration open, so devs should not delay if they want to be there at *the most social place on earth*.