Recently, TechCrunch published a post presenting differing investment theories of those in venture capital, unicorns vs. dragons. In the article, an investor legitimately claimed that a unicorn is a good analog for a good investment but dragons are even better.

I had flashbacks of all the fantastical terms that investors use to describe good investment opportunities; it’s clear that money men and women converge on referencing the fantasy genre.

Taken to extremes, venture capitalists don’t just believe there are anomalies in our real world; they believe that good investments live in a world with different rules and laws than the world of boring investments. Reading about unicorns and dragons set off a lightbulb – I realized investors want proof you’re high fantasy.

Sensing this, many entrepreneurs get caught up in the craft of the pitch, as if getting investment is no more than fantastical storytelling. But that’s not true. Investors are trained to see through stories and hunt for evidence that can anchor the entrepreneurial fantasy into our market-driven reality. When investors see validation and traction that seems to demonstrate a company is defying all the benchmarks, that’s when investors turn from reality-based naysayers to giddy schoolchildren reenacting Tolkien. 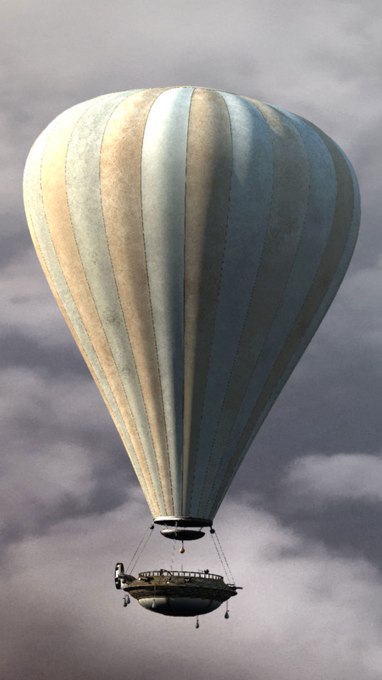 The biggest disappointment I have with most pitches isn’t in the storytelling, it’s in the failure to present data points that will help me ground the story – hopefully in my own fantasy land. Entrepreneurs need to get the message that the act of investment is rooted in creating an agreement between the entrepreneurs and investors that the company is creating a fantasy that we collectively believe.

In keeping with the fantasy literature genre, let me highlight areas investors are concerned with.

Is this a team of heroes?

Tim Draper calls his incubator and entrepreneur dorm Hero City. In analyzing a team, investors seek to understand wholeness, integrity, commitment, resourcefulness and scaling discipline. When we hear an origin story, we want to hear a story that binds the founders to the market opportunity and gives them a competitive advantage in building their company.

When we look at a team slide, we want every talent and skill needed to grow the company represented in a lean, founding team. When we hear how the founders came together, we want to see a bond and a sense of brotherhood and common mission that will keep everyone committed through thick and thin. We are looking for a commando mentality, where everyone on the team independently creates outsized value in uncertain environments. When we hear the history of the company, we want to see the ingenuity to accomplish a lot with very few resources.

When we hear about the way the company has invested capital, we want to hear that the management has the discipline to invest after they’ve found a way to validate demand, customer behavior and growth models.

Is this innovation based on secret truths?

As investors, we like companies that are founded on market insights that very few people have or could have. And as Peter Thiel highlights, it’s better if that insight is also somewhat contrarian – so it will allow the company time to incubate before others will think it’s a good idea to compete.

A unique life experience, area of study or specialization can provide a strong foundation. I look for something I call market empathy, which is the ability to understand the customer, their behavior and their needs. I believe deep empathy is the source of most of these unique insights. We also often prefer investments when we believe we see the opportunity better than other investors; thus we can either help the team more effectively or we can get a better valuation.

Is this company a bean stalk?

Some companies can simply grow faster than others, even with similar products and similar positioning. Often not by a little, but by orders of magnitude. (Mike Maples refers to this phenomenon as Thunder Lizards.) Investors try to understand path-to-market, barriers to entry and customer-acquisition advantage.

Some companies have an articulated path to market strategy that’s more effective in getting to and winning customers. Some teams purposefully created this strategy but most found it by accident. Many don’t even realize the breakthrough they’ve achieved. Investors are generally better at recognizing a bean stalk early because they’ve met with many similar teams trying to achieve a similar thing.

One day, a team will come in and it will simply be growing faster than any other company you’ve seen. The tricky thing about bean stalks is that everyone can see them from miles off, so as an investor you want to invest before everyone else notices it – thus you run the risk of false positives and hopeful bean stalks just fail to grow. When an investor sees a bean stalk, they often want to immediately invest before anyone else recognizes it.

Is this company performing alchemy?

The best investment opportunities seem so great it’s almost an unfair, magical act of wealth creation. All revenue models, pricing strategies and margins are not created equal. (Bill Gurley discusses the “rake” in marketplace businesses.) In Silicon Valley, investing in the Internet often means you have to bet on a bean stalk without a clear revenue model. 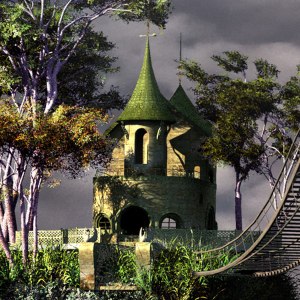 But there are rare companies that come in that seem to have already found a magical money printer; I call these alchemists. Alchemy is extremely helpful because a company can then fund its own growth or raise at very high valuations, and as an early investor you’re less likely to suffer from dilution.

Will this company rule the category or market?

The spoils of new and changing markets are unevenly distributed by orders of magnitude. There seem to be laws of market capture. Market leaders generally serve between 40 percent and 70 percent of the market, the runner-up captures about half the market share of the leader, third place half of that, and on and on until a bunch of niche providers are serving the long tail of demand variants. So, a critical point of analysis in an investment decision is predicting whether or not a ragtag lean startup will emerge as a category king.

Does this company foresee its own destiny?

Many great companies and the market changes that they represent seem like a historical inevitability. Not only do investors want to find the king of a category, they also need to foresee a company that will become large and valuable in a category that is destined to be enormous in a market that is vast. (Partners from Sequoia referred to this destiny using the analogy of an entrepreneur surfing a really big wave.)

Investors spend a lot of time thinking, hypothesizing, prophesying, conjecturing and sometimes even researching about the future of markets. They generally have a sense of where the doors are to these destinies and what these destinies are bound to look like. The journey of the entrepreneur, product and company is unpredictable, but there’s alignment on the foreseeing a destiny.

Is this investment going to be a unicorn?

Aileen Lee of Cowboy Ventures is credited for mainstreaming the term unicorn to describe the .07 percent of venture-backed companies that hit billion-dollar valuations. The economics and incentives of venture capital cannot be ignored. Most of the returns in the industry come from just a few high-performing companies that become the market leader of a large market opportunity. Yet, most companies will not become high-performing.

So investors have to make sure that every company that does perform well is growing into a large market opportunity and can achieve a billion-dollar valuation. These companies are so rare and VCs are in such a frenzied hunt to find them that “unicorn” seems to be an appropriate mythical animal to describe it.

Will this investment be our dragon?

John Backus from NAV.VC defines dragons as investments that can return the fund to limited partners in his piece unicorns vs. dragons. His point was that now that investors all believe they need to be in unicorns, they’re willing to go in at untethered valuations. Investing small sums at large valuations loses sight of the point of a fund in the first place: to generate above-market returns to limited partners.

Even with a great success, the venture capital firm can only see the kind of returns that make a fund successful (measured by internal rate of return and multiples of invested capital) if they own a significant amount of the company and buy in at a valuation considerably lower than the ultimate billion-dollar-plus valuation.

Companies are always trying to frame their pitches to conjure fantasy images in the minds of investors. But investors are astute, and they know their fantasies when they see them. You can’t be an investor fantasy when you’re not. You need to go build your company into an investor fantasy.

Somewhat ironically, what founders forget to do is to build and bring and highlight the proof. They fail to quantify and validate their traction and product-market fit. Raising capital isn’t an act of fantastical storytelling, it’s about gathering evidence and proving your company is the fantasy you believe it is.

Editor’s note: Michael Staton is a partner at Learn Capital where he has helped lead investments in Coursera and CreativeLive. He is the founder and former CEO of Uversity, and considered a founding conspirator at Dev Bootcamp.