I found unmanned aerial adventurers out in the Nevada desert. With the old west explored, at least horizontally, the new frontier is in the sky. And just like the gold rush, there’s a new crop of pioneers hoping to make a stake and maybe get rich in the burgeoning drone business.

Of course, flying drones is still widely illegal. But these men and women are fighting those laws, and sometimes each other just for fun. The drone rodeo outside Las Vegas at the foot of the Spring Mountains gave them a chance to show off their skills beyond the sheriff’s watchful eye.

This is not your leisurely flight to score some vacation photos. This is sportdroning. 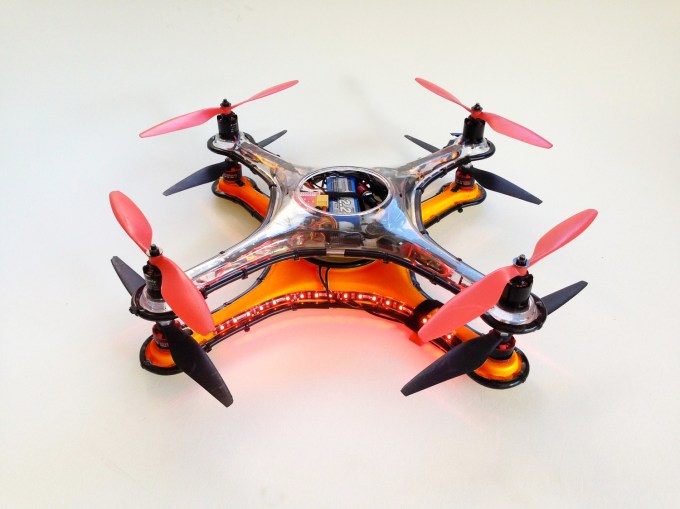 Pilots with a need for speed were drawn to the time trials. You strap on a Fatshark virtual reality headset, and suddenly you’re seeing through the camera of your DJI drone. The goal? Pilot around a race course, weaving between flags in pursuit of the fastest time.

With only the first-person perspective to go by, you have to judge your speed by the landscape whizzing past as you attempt sharp turns around the track. Done right, your drone makes a graceful arc around the flag while maintaining momentum. Try to cut it too tight, and your drone will clumsily slow down and rotate before getting back on course. 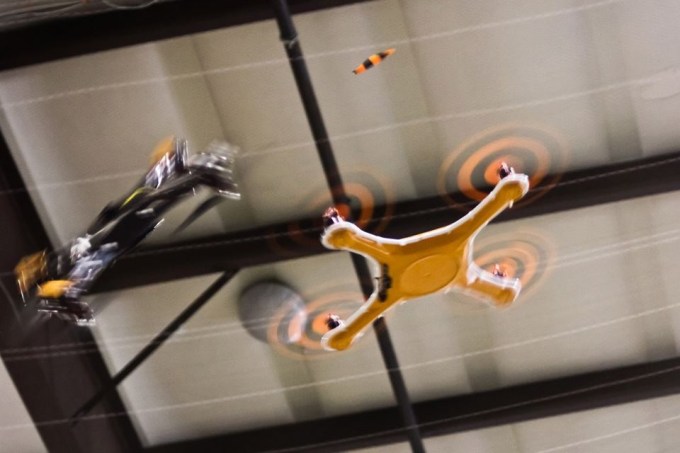 For those looking for a little bit of new ultraviolence, the drone rodeo featured a  battle arena set up by the Game Of Drones collective. They’ve invented a nearly indestructible drone airframe that won’t break even if hit with a baseball bat or fired upon with a shotgun.

In the Game Of Drones fights, two pilots try to bash each other’s drones out of the sky. That’s typically accomplished by maneuvering above one’s opponent and then crashing down on top of their propellers. The first drone to get knocked down three times loses.

If damaged, a drone’s pilot has 90 seconds to fix their vehicle, often by replacing a shattered propeller, and get it back up in the air to avoid a TKO. The battles resemble an aerial thumbwar, in that a missed attack leaves you low and vulnerable to a counter-strike.

Anyone who grew up watching BattleBots knows the thrill of technological competition. While the drone rodeo and Game Of Drones might seem niche now, I wouldn’t be surprised to see drone or robot sports get quite popular over the next five years. Seeing athletes risk their safety for our entertainment feels a lot less guilty when they’re machines.