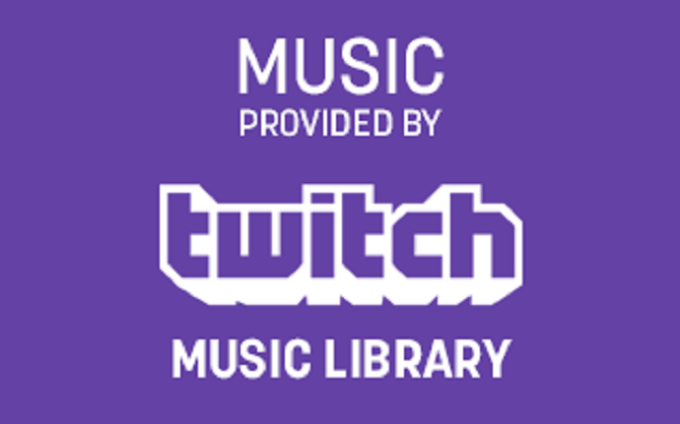 Regular viewers of streams on Twitch and YouTube will occasionally notice drops in audio in their favorite videos.

It’s (usually) not a technical issue. It means those broadcasters played copyrighted music on their streams, and copyright protection software on the host service’s end found it and shut it down.

Not everyone who streams runs into the issue, as many simply add a voice-over to their footage or overlay video from their webcam. But enough members of the game streaming community enjoy the DJ-like nature of having broadcasters pick soundtracks for their streams that copyright protection has become a contentious issue.

Today Twitch is launching Music Library, a curated collection of 500 songs that broadcasters can use in their streams for free. In a phone call, Twitch Chief Strategy Officer Colin Carrier told TechCrunch that after a few EDM artists and labels began experimenting with streaming their music on the service, they realized they could connect artists looking for exposure with broadcasters looking for music to use in their streams.

“Music labels came to use saying, ‘we’d love to work with you to get our music into the hands of broadcasters to help promote albums launching,'” Carrier said. “There’s already a growing backlog of things we want to add to this. This is something we want to add to monthly, weekly even.”

The first labels experimenting with Twitch as a music streaming service have found some success. Monstercat, whose music channel features the label’s electronic music 24 hours per day, has brought in more than 1 million viewers. That’s gotten Twitch thinking about how they could help smaller artists reach larger audiences. The Music Library rounds up the music artists are willing to let streamers use for free, pointing broadcasters to playlists hosted on Spotify and SoundCloud.

EDM fans are basically the early adopters of the music scene. Jumping to a streaming service connected to video games isn’t much of a stretch for them, especially considering the long-term connection between gaming and electronic music. Many EDM artists sample from popular games, and they’ve even been known to use Twitch while playing games themselves:

Beyond working with electronic music labels, Carrier says Twitch is looking to bring in hip-hop, alternative, and metal, genres which have done well in user polling.

I asked Carrier if Twitch can tell what specific music is playing when it silences a portion of someone’s video. Looking at that data would point to the songs Twitch users actually like to stream to, so I thought it would be smart to use that to inform how the Music Library expands. I got back this response by email after our call:

“We work hard to identify and mute any copyrighted music that our users have included in their live broadcasts, unless the necessary rights have been obtained for continued use. In doing so, we have the incidental ability to gather a fair amount of data as to what music is popular with our users. That information may turn out to be useful or valuable, either to us or our partners, but we’ve only begun to explore the potential benefits.”

So I guess that’s not happening any time soon.

Elsewhere in Twitch-world, the company is encouraging artists to produce tracks live or review other artists’ work on streams by promoting such work with a dedicated Music category. If you know an artist who could use promotion from the game broadcasting crowd who also happens to have “a minimum of 250,000 subscribers or followers on YouTube, Facebook and/or Twitter,” Twitch is taking applications for consideration.

I really like the Music Library as a way for Twitch to give its content creators something to work with while avoiding poking copyright holders. As the company’s audience expands, I’d like to see the company add some more mainstream music. It’ll be interesting to see whether that happens through their natural growth bringing in big labels, or if Twitch will have to pay up to get bigger artists to experiment.