So far, 2015 has given us one monster of a week in the tech world. Most of our staff has been in the middle of CES 2015 covering some of the best – and not so great – startups and hardware the market has to offer. But that doesn’t mean the news cycle stops turning. We give you our best stories of the week (1/3-1/9). 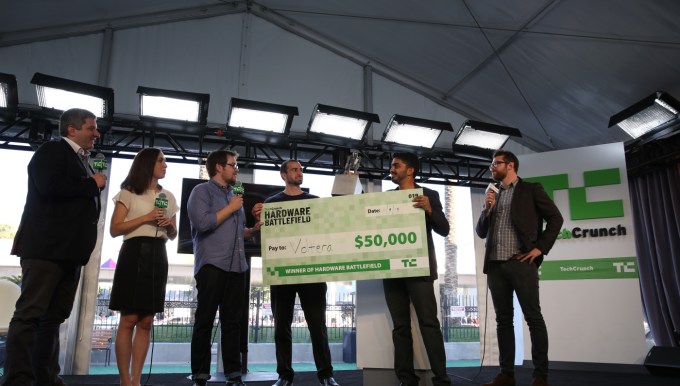 1. The winner of the CES Hardware Battlefield is Voltera, who took the crown and the $50,000 for the Voltera V-One, a circuit board prototyping printer that enables hardware professionals and hobbyists to drastically cut down their development time.

2. Romain Dillet reflected on the tragic massacre that occurred at Charlie Hebdo in Paris, breaking down the meaning of #JeSuisCharlie in his piece, France Will Shine Again. We also had one of our non-French writers reflect on how satire is a human right.

3. Jonathan Shieber wrote about Privateer’s funding and how it highlights the massive marijuana market in the US.

4. We received some early clues about what the next MacBook Air will look like.

5. Dish introduced the Sling TV, an over-the-top alternative to the cable bundle.

6. CBS President and CEO Leslie Moonves argued on-stage that tech may not be changing his business as much as you might think, and that the real reason for going over the top is to make content available to mobile users.

7. Sarah Perez made an argument as to why smartphone makers need to implement distracted driving solutions as an OS industry standard.

9. Early on, we concluded that CES would be lousy with wearables.

10. Thanks to CES, we finally found out what the heck a Gogoro is, after the company kept their plans under wraps while raising $150 million in stealth mode. It’s an electric scooter they call Smartscooter, and a battery swapping infrastructure to power it.

11. Jess Kimball Leslie issued a warning to companies that cease to innovate while continuing to make billions off their legacy business models. She argues that YouTube may be the next Yahoo, and provides a few suggestions YouTube could make going into 2015.

13. It’s been almost a year since Takuro Yoshida and his team blew up Kickstarter with the Ring, and at CES we were able to get a hands-on with the product.