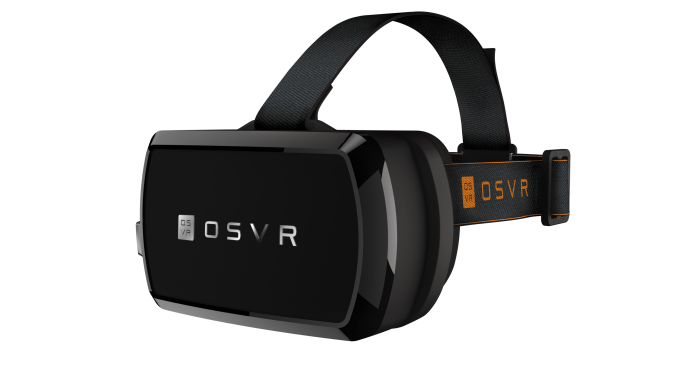 Razer, the billion-dollar gaming PC and peripheral maker, has announced a big move into the virtual reality space with the announcement of OSVR Hacker Dev Kit here at CES.

The headset, which the company says will arrive this June, is meant to serve as an alternative hardware test bed for developers looking at the VR space.

It’s also just one component of what Razer is calling its Open Source Virtual Reality ecosystem. In addition to making the headset for testing on, Razer has partnered with other players in the VR space — game engine developers like Unity, motion controller makers like Sixense and Leap Motion — to create a “standardized interface” for building virtual reality games and applications.

It’ll even work with the latest publicly available Oculus dev kit, so taking advantage of OSVR won’t prevent you from building for the leader of the VR pack.

While the $199 price is pretty sweet compared to the $350 Oculus Rift dev kit, there are a few things to consider when looking at these early this summer. It’s going to sport a 1080p resolution, comparable to the Oculus Rift DK2, but will refresh at 60 frames per second (same as the Samsung Gear VR) rather than the DK2’s 75. That’s not a deal-breaker for most, but those predisposed to experience nausea in VR might want to hold off for something closer to the 90 frames per second ideal.

That issue might not matter in comparison to its other key features. For instance, those looking to modify the headset itself will be happy to know that it allows you to swap out the standard display for upgrades by simply removing five screws on the bottom of the headset. The upgradability doesn’t end there either — there’s also a few external USB ports on the headset for plugging in things like hand-motion trackers.