Button-down shirts and T-shirts might not sound like a particularly exciting or sexy market, but men’s fashions tartup Wool&Prince seems to have shown otherwise, with two Kickstarter campaigns that blew past their goals.

For this episode of Built in Brooklyn, Wool&Prince’s workspace in Brooklyn Fashion & Design Accelerator, which the Pratt Institute launched at the beginning of this year. Founder Mac Bishop told us that while wool has become associated with the lumberjack look (which is, hey, making a comeback of its own), not to mention sweaters knit by Grandma, Wool&Prince is aiming to make clothes for young professionals. 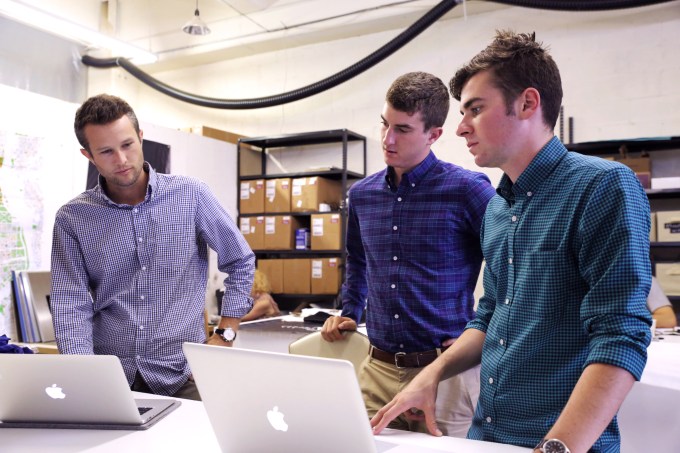 Why wool? Well, Bishop said that compared to standard cotton or polyester dress shirts, wool is more durable, odor resistant, wrinkle resistant, and breathable. (The tagline for the first Kickstarter campaign was, “A wool shirt worn for 100 days straight. No washing. No dry cleaning. No wrinkles. No odor.”) And while there’s also a perception that wool is itchy, Bishop argued that the “really fine fibers” that Wool&Prince uses are actually quite soft.

Apparently he has a history with wool, because his family owns a woolen mill in Portland, Oregon, but his wool evangelism is also based on more recent experiments:

I was working at Unilever, wearing the corporate giddyup — Brooks Brothers button-down, that kind of thing. Was going to the drycleaners a lot, probably spending $10 to $15 a week on drycleaning. I started wearing some older, vintage wool button-downs into work. People complimented me on ’em, they looked a little different, and I did not go to the drycleaners once with those old vintage shirts. But they were a little off in terms of how they looked in terms of the normal, corporate button-down.

He added that the “better button-down,” as Wool&Prince calls it, was the result of testing with a number of his friends around the country, including those in the corporate world. You can see the initial lineup of products on the company site. 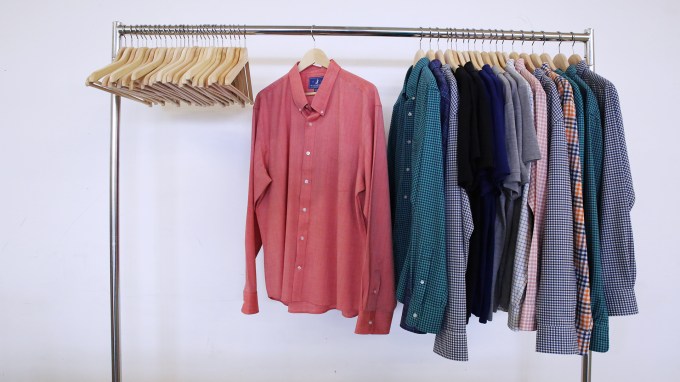