The team behind The Grid is developing a website builder that uses artificial intelligence to automatically create new sites based on the content you provide. The company ran one of the most successful crowdfunding campaigns for a software product earlier this year, but the team also went out to raise a larger fundraising round.

As the company today announced, The Grid has raised $4.6 million in a Series A round led by Jerry Yang’s AME Cloud Ventures. Other investors include former President of Disney Interactive John Pleasants, former Facebook VP of Product and Engineering Greg Badros and the founder of Elegant Themes Nick Roach, who also led The Grid’s $3.1 million seed round.

“The Grid’s cloud-based artificial intelligence will reinvent web design by eliminating the mundane, time-consuming parts of web development and creating elegant websites in a fraction of the time for a fraction of the cost,” said Yang in a canned statement today. “This will completely reinvent modern web design for everyone.” 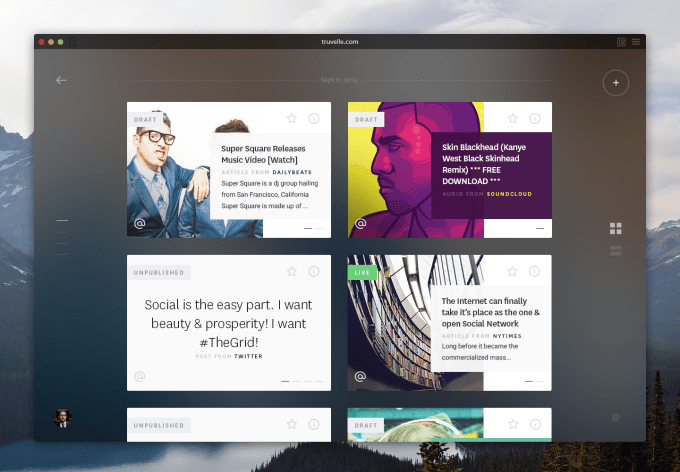 The Grid CEO and co-founder Dan Tocchini gave me a demo of an early build of the service last month. It’s still rough around the edges — especially the user interface on the backend still needs quite a bit of work — but so far it looks like it could actually fulfill its promise of allowing anybody to quickly create a good-looking website without the need for any templates. The Grid’s own homepage is built with this early version of the software and it’s a good example of what these sites will look like. 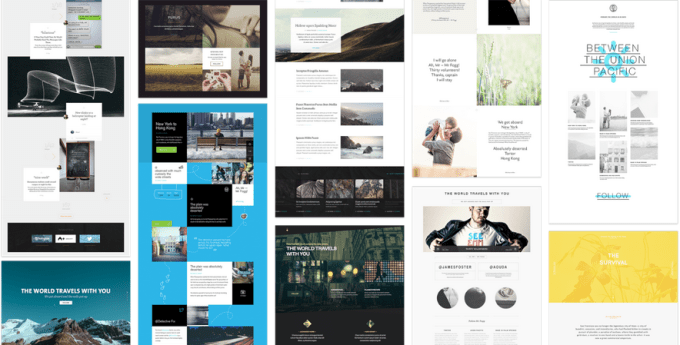 The software does a deep analysis of all the content you want to add to your site. It does sentiment analysis for the text you want to add, for example, and look at whether people in your photos are smiling to determine what kind of fonts and colors it should use. It then looks for low-contrast areas in your photos to figure out where it can put text on an image. The tools can also automatically crop images based on The Grid’s face-detection algorithms, and the service looks at the overall color spectrum in those images to help decide the color palette for the site.

In its current form, the service is clearly meant for content-heavy corporate or portfolio sites. It’s not optimized for blogs or news sites, but Tocchini noted that it could be used to create Snow Fall-like experiences.