The dating app space is cooking nicely, fueled by the ever-rising profile of swipe-to-like darling Tinder. And by the halo effect of single adults dabbling with one dating app inevitably ending up in bed with a few others. Apps like Hinge and Happn, to name two.

Well meet another new kid on the dating app block, called Antidate. It’s aiming to stand out by putting a gender-skewed, asymmetric twist on the in-app experience.

The twist is that male users are visible within the app to women — including having their location plotted on a map — but women aren’t visible until they send an expression of interest to a guy, such as starting up a chat or tapping on a guy’s profile to say hey. So women get to filter out unwanted advances and guys get to sit back and way for women to come calling.

“When we first talked about a dating app, Tinder hadn’t launched and the only mobile dating apps we knew about were the gay ones like Grindr. We knew girls wouldn’t want to be viewable on a map so came up with the idea of an asymmetric experience for guys and girls,” says co-founder Mo Saha.

“We started thinking about the concept of a two-way mirror: what if the girls could see the guys on a map, but the guys couldn’t see the girls until approached by a girl via a chat or ‘tap’ alert. The girls’ location would never be revealed.

“We knew that guys were tired of making the first move all the time on dating sites and in the real world and girls were sick of receiving a barrage of unwanted messages. We also knew that online dating conversations are five times more like to continue if started by a girl. We had stumbled on a way of flipping the first move through the app so guys had to do very little and girls were way more in control.”

Currently Antidate is for straight dating only, although the plan is to expand to a LBGTQ offering in time — once they’ve figure out how best to flip expectations in the various non-hetro dating spheres.

Although in development for about two years thus far, Antidate has only been out in beta on iOS for the past few months, as the pair of London-based long-time friends behind the app have been testing it out on their friends. It’s a bootstrapping startup, with the duo working on the app around their respective day jobs in the ad industry and as a lawyer.

A full version of Antidate launched last week, although they still aren’t planning a proper marketing push til Christmas. They are now on the hunt for investors, though.

Unusually the app is not free, with a £0.69 cover price. Saha tells TechCrunch that’s intentional, to filter out rubberneckers. “We reckon if people are prepared to pay for the app, they are going to be more serious about using it — so that was the real reason behind charging.”

It’s still very early days for Antidate, with few users on board as yet to flesh out the experience. I counted 26 guys visible in the offline mode (plus a preponderance of hipster beards), and only up to four visible on the map view at any one time. But — beyond the app’s mainstay party trip of flipping conventional expectation by requiring women make the first move — it has a few thoughtful ideas which may help it grab some more attention and start to scale.

It also has a feature where users can rate whether someone they have met via the app resembles their photo or not. Another ‘on trend’ feature is ephemeral messaging — so missives between prospective dates vanish into the ether after 24 hours — to “encourage spontaneity”, says Saha.

Antidate users must also be Instagram users. A profile on the latter photo-sharing service is a requirement for usage — which also acts as a filter on the pool of prospective dates (and evidently boosts the beard count).

“We decided to go Instagram only for launch as we wanted to reach a younger, social crowd who know how to make a good looking profile,” adds Saha. 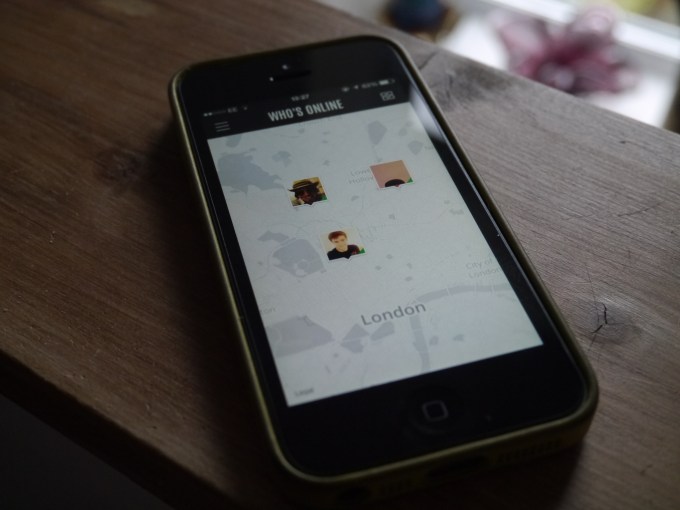