The men are coming to Pinterest. The site, still known best as a collection of craft ideas, recipes, and cute outfits, has traditionally attracted a largely female audience – as high as 70% or 80%, depending on whose metrics you cite. But Pinterest this week revealed that its male audience is now growing more quickly than women, with men accounting for one-third of all sign-ups on the site.

In addition, Pinterest says it has doubled the number of active male users in the past year. As per usual, Pinterest won’t say how many actives it has, male or female, but comScore says the site has 70 million monthly actives.

More men are using Pinterest in the U.S. than read Sports Illustrated and GQ combined, the company said, trying to put its male audience into perspective as compared with other media companies.

Also interesting is that the trend in emerging markets is one where Pinterest has a more even demographic split between males and females. For example, in India, Korea and Japan, the site is 50% male. 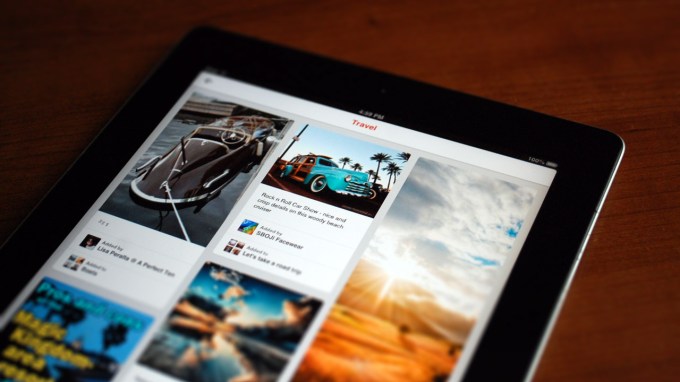 The information was shared at an public engineering event at Pinterest’s San Francisco office earlier this week. Here, Pinterest revealed a number of stats, but few of them were new. The site is still saying it has 30 billion pins in its system – the same as it said in April – and is growing that number by 25% each quarter. Just because Pinterest is citing those same figures doesn’t mean its growth has slowed – it simply hasn’t updated its publicly shared metrics.

The site also sees over 120,000 requests per second and is logging 20 terabytes of data daily. Seventy-five percent of its traffic is mobile – another figure we’ve heard previously.

Also new, however, is that Pinterest’s Guided Search efforts are working out, with the launch of the new search feature six months ago now pushing searches on Pinterest 25% higher than before. That’s a meaningful advance for a network that wants to eventually become the visual search engine for products, and a potential Google (well, Google Shopping?) competitor.