Another change to a social networking site, another user-driven backlash. Nearly 50,000 Tumblr users have now signed a petition asking the Yahoo-owned blogging platform to reverse its decision to increase the image size requirements, claiming the changes have affected older images hosted on Tumblr, which are now stretched and blurred. Some portion of these angry users also went on a “Tumblr strike” yesterday, logging out of their Tumblr dashboards and vowing not to return for 24 hours.

The strike, of course, had little material impact on a network that now touts 206 million blogs, and has seen its audience grow 40 percent to over 420 million visitors since its acquisition over 15 months ago. 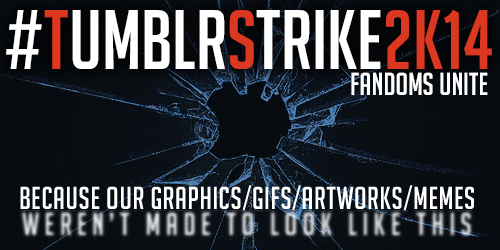 Upset users created a hashtag for their social media campaign, #TumblrStrike2K14, which they unsuccessfully tried to get to trend on Twitter. A blog post about the strike hosted on Tumblr, however, has nearly 19,500 “notes” (shares and reblogs).

The issue at hand is Yahoo’s recent decision to adjust its image size requirements by 40 pixels, meaning photographs are now 540 pixels wide instead of 500 pixels. GIFs and edits have also increased from 245px to 268px and 160px to 177px, respectively, the petition claims. That means images uploaded before the sizing changes went into effect now look stretched, blurry or grainy. 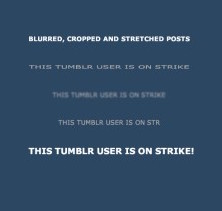 The change greatly impacts those who had worked on GIFs and photosets, which are some of the most popular forms of self-expression on Tumblr today. Tumblr is home to a number of online fandoms ranging from celeb-fueled popular culture-related fandoms to others for those with more niche and narrower interests. Whether Tumblr’s teens are quoting favorite lines from “The Fault in Our Stars” or are just creating artistic designs using imagery, the image adjustments affect all those who previously created (or enjoyed) GIFs or other graphic content on the site.

But Tumblr’s ambitions, seemingly, are to extend itself beyond the GIFs and subcultures it became known for. Under Yahoo’s direction, word has it that Tumblr is looking to expand further into video. Video posts are now growing twice as fast as photo posts on Tumblr, a recent Fortune article detailing the transition noted, and wider posts for wider images and other content will help those videos (which are now ads, too), look better on users’ dashboards, presumably.

However, the rollout of Tumblr’s newly revamped, Vine-like video player and the widening to the Tumblr dashboard are two, separate changes to the site. Tumblr could, if it chose to do so, roll back the image resizing changes without having to kill its new video player. It’s not likely to do so, of course. 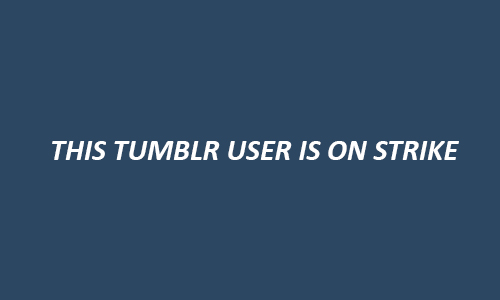 Reader comments on the above-mentioned Fortune article are filled with Tumblr users lamenting the changes, including both Tumblr’s transition to a video-heavy site and the image adjustments. Writes one commenter: “All of my friends have been extremely frustrated about the changes and either will stop blogging or relocate to another website. They are popular fandom blogs, each with 6k-20k followers. Their frustration comes from the resize of the posts from 500px to 540px. Not only does it ruin their years of gifs, fanedits, and artwork by changing HQ art into a blurry, pixelated mess, but even uploading with the new size, the current upload system purposefully forces animated gifs and photos to drastically lose quality.”

“If people wanted a video site, they would go to youtube or vine or something,” they added.

Cries another, “While I love the new video player, I HATE the wider post dimensions. Primarily because it messed up the gifsets created prior to the change – reblogs are like 90% of the content on the site, so why would you mess up all of the old content?”

Ironically, the changes that are causing the uproar were introduced by way of the official staff blog at the end of October with the note, “Wider posts: We went ahead and did it. There was no reason not to.”

Some on Tumblr clearly disagree.