Samsung vowed to introduce more desirable phones when it revealed its disappointing Q3 2014 earnings yesterday, and it has wasted no time doing so after announcing the Galaxy A5 and the Galaxy A3 — two metallic devices that it calls its “slimmest smartphones to date.”

The Galaxy A5 and Galaxy A3 both dispense with the Korean company’s tradition of using plastic bodies. They are 6.7mm and 6.9mm thin, respectively, and both come with a five-megapixel front-facing camera. The Galaxy A5 is the higher spec’ed phone, with a five-inch screen, 2GB RAM, 1.2 GHz quad-core processor, and 15-megapixel camera on the back,

The Galaxy A3 sports a smaller 4.5-inch screen, with the same processor, 1GB of RAM and an 8-megapixel camera. Both run Android KitKat (4.4) and include support for 4G networks and a slot for Micro-SD memory cards. 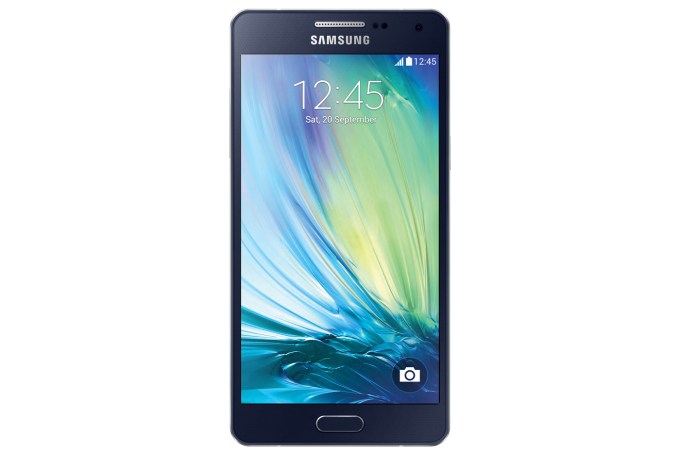 Samsung’s revenue has stalled as Apple’s iPhones squeezes it at the top-end of the smartphone market — the iPhone 6 launches in Korea, following a huge number of pre-orders in Samsung’s home market — but these new Galaxy phones appear to be focused on China and the mid-tier market more generally.

The Korean firm says the Galaxy A3 and Galaxy A5 will launch in “select markets including China” in November. That Samsung is specifically mentioning China is interesting, since Xiaomi’s phones — which retail at $300 and $150, and have propelled it to No. 3 in the smartphone rankings — are impacting Samsung’s (and other phone makers’) business in the country. Lenovo already has plans to effectively clone Xiaomi with a new China-only business launching next year, but Samsung looks to be aiming to provide a premium-like experience on a more affordable budget with these new products — although the pricing for the Galaxy A3 and Galaxy A5 is yet to be revealed.

We contacted Samsung to ask which other markets the phones will launch in, and how much they will cost. We’ll update this post with any new information that we receive.