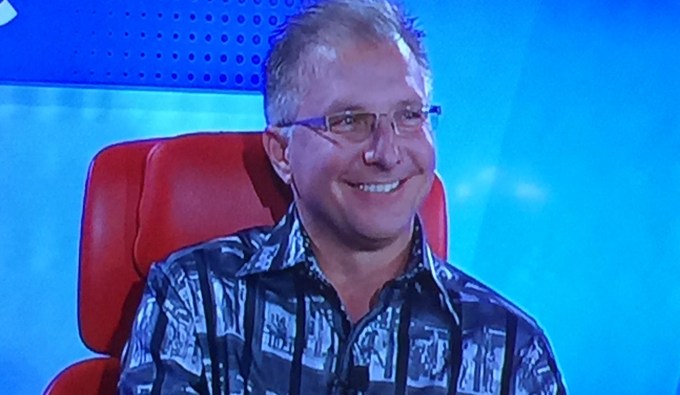 In a panel led by Ina Fried and Walt Mossberg at Recode’s Code/Mobile conference, Greg Joswiak opened with a brief explanation of his role as VP of iPhone, iPod, and iOS Product Marketing. He said it’s about taking the technical details and helping the marketing and sales teams construct the story that will appeal to consumers at a deeper level so that old and new customers will buy into the iPhone, iPad, and iCloud ecosystem.

One of the big aspects of that involves factoring how people are buying and using iPhones. Recode’s Mossberg asked how many iPhone 6es the company has sold since its launch last month and referenced the fact that last night, T-Mobile CEO John Legere claimed that the 6 Plus is selling in greater quantities than they expected. Joswiak said that for right now, sales are limited by output, so the ratio of 6 sales to its larger sibling is a function of production.

After a brief discussion of Apple SIM, Mossberg switched gears and touched upon iOS 8. After a long intro to his point, he got to the meat of the matter: why does the latest release of Apple’s mobile operating system seem buggier than usual? In response to a reference to iOS 8.0.1, the update that broke cell service for ~40-50,000 people who had just purchased their new iPhone 6 or 6 Plus, Joswiak didn’t go into detail but said, “It wasn’t the software itself, but how it was distributed.”

After Mossberg spent more time talking about recent issues, Joswiak said that Apple has few notable bugs that get out and that when they do, they’re quick to respond both publicly and  on the engineering front, addressing the technical issues.

Regarding CVS shutting down Apple Pay at its terminals and the potential threat of MCX’s merchant-focused mobile payments platform, Joswiak reiterated the company’s talking point that Apple Pay is focused on the consumer side of things, revealing less personal data to retailers and minimizing the opportunities for hackers to steal user account data. In the long run, Joswiak said, the retailers who succeed will also focus on consumers. He also jabbed Apple’s competitors, mentioning the fact that 1 million credit cards were registered with Apple Pay in its first 72 hours (which Tim Cook announced last night), followed by “about a million more than others doing similar things in this space.” Ouch.

When Mossberg implied that the Apple Watch could cost thousands of dollars at the high-end, Joswiak didn’t press against the assertion but claimed that offering a wider price range is just another way that people can choose the device that works best for them — so if you’re rich and want a really nice watch, you aren’t forced to decide between having something made out of rose gold and the user experience that comes with Apple’s software and hardware.

Asked why iPad sales are falling, Joswiak didn’t quite address the question, noting that the iPad continues to sell in larger volumes than traditional PCs and that Apple continues to make the most well-regarded tablet on the market.