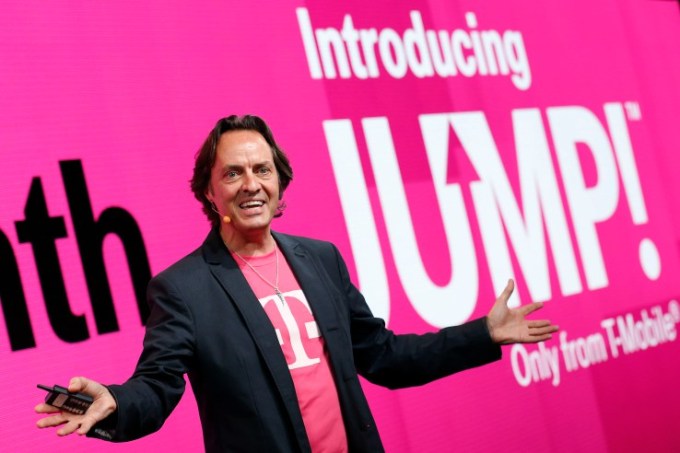 It probably goes without saying, but: carriers love them some iPhones. For anyone who comes into the store with an iPhone in mind, the two-year contracts pretty much write themselves.

Carrier execs would rarely speak too bluntly about that fact, though; Apple is already chipping away at their stronghold (see: Apple taking app distribution out of the carrier’s hands, things like Apple SIM) without the carriers openly admitting just how important Apple is to their bottom line.

In an interview at Re/Code’s Code/Mobile conference tonight, Legere was asked why the company was so quick to adopt the iPhone after he became the CEO two years ago. Legere became T-Mobile’s CEO in September of 2012; by April of 2013, they were offering the iPhone for the first time.

“Get on your knees, crawl over,” Legere said. “Do whatever you have to do to get the iPhone. Because your store, without the iPhone in it, is shit.”

He also added that the iPhone currently makes up roughly 20% of the company’s smartphone base.