Computer vision startup Jumio, best known for its payment card and ID-scanning technologies which allow end users to hold up their cards to a mobile device’s camera to simplify the process of entering in that data on small screens, is rolling out a new product today designed to improve the mobile checkout experience for retailers. Called “BAM Checkout,” the product is the company’s response of sorts to the looming threat that is Apple Pay. With BAM, e-commerce shoppers hold up their payment card then their driver’s license to automatically populate the checkout fields within a retailer’s mobile application.

The process takes advantage of the technology Jumio has already built, but in a new way. While before, retailers may have used the credit card scanning option to speed up that portion of the checkout process, adding the driver’s license into the flow aims to simplify things further, and also allows the merchant to cross-check the customer’s name on both cards, plus alert the merchant to any differences between the two.

Jumio, which today touts on its homepage a number of customers, including Airbnb, United, Kickstarter, Ridejoy, Gyft, Wallaby, Gopago, Western Union, YouWin, PokerStars, Skimm, World Remit and more, says that BAM Checkout is already being adopted by several of its clients, but these implementations have yet to go live and Jumio is not permitted to disclose their names.

On the backend, Jumio invokes scans from its separate SDK products, and clients pay a flat monthly fee based on an annual contract that correlates to their expected volume. The pricing for BAM, meanwhile, remains the same as for the credit-card scanning technology involved with Netswipe – in other words, Jumio is rolling out two technologies for the same price as what it used to charge for one.

Jumio’s product launch comes at a time when Apple’s payment technology, Apple Pay, has gone live not only for real-world purchases at point-of-sale, but also for buying things within mobile applications – like order-ahead food purchases, an Uber, or a product sold by an e-commerce retailer. Apple Pay now directly cuts into Jumio’s potential customer base, as it allows Apple device owners to pay for goods and services using the information they already have on file with their Apple account, no additional scanning steps necessary. 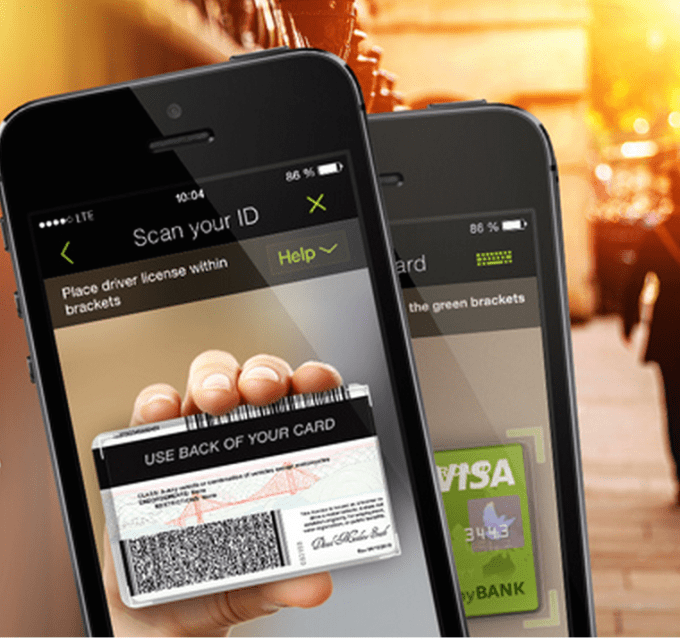 And arguably, a press of a finger to the Touch ID sensor on a smartphone or iPad is a much simpler process than having to hold up your cards to your smartphone’s camera each time you want to pay. Instead, such scanning technology is now commonly used for the initial loading of cards into a payment system – for instance, Apple uses card-scanning to add payment cards to Apple Pay. And PayPal-acquired Jumio competitor Card.io now offers scanning technology in PayPal Android and iOS SDKs.

But while Jumio is clearly threatened by Apple Pay, running “industry news” reports on its site that question Apple Pay’s potential, and even its security, its technology could still prove useful to an Apple rival that wants to build its own fingerprint scanning technology for use with mobile payments. Instead of having to build their own card-scanning computer vision tech in house, they could snatch up Jumio the way PayPal snagged Card.io.

Additionally, while changing payment standards involving tokenization will have consumers moving away from needing a physical card to pay online or on mobile, Jumio’s ID verification technology provides another point of interest for a would be acquirer, if it came to that. (Jumio has raised nearly $37 million in funding.).

In the meantime, because Jumio’s BAM Checkout product works across both iOS and Android, it could make sense for retailers looking for a cross-platform solution. BAM Checkout works today with all major credit cards including Visa, MasterCard, Amex, Diners Club, JCB, Union Pay and Discover in both the U.S. and U.K.