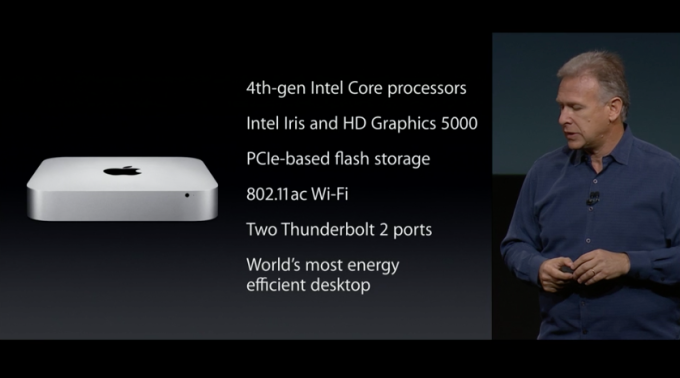 Surprise! We all knew new iPads and Macs were coming, but Apple snuck in one more little bit of news at the tail-end of today’s announcement: new Mac Minis.

So what’s new? The most obvious change is the price, which is dropping from $599 to $499 for the base model. That’s a price cut of nearly 20 percent from generation to generation.

Like with most of its products, Apple has bumped the Wi-Fi chip up to 802.11ac (instead of 802.11n), bringing the maximum theoretical speed of the Wi-Fi up to 866 megabits per second (assuming your router is up to snuff, of course).

It’s worth noting that while it’s pretty damned cheap, the $499 base model isn’t exactly… cutting edge, even amongst its peers. While “cutting edge” isn’t necessarily what the person buying the cheapest Mac on the market is looking for, it’s a surprisingly sizable step down from the model above it. The Intel HD 5000 chip found only in the base model is over two years old. And the CPU? It’s about half the speed as the next model up. In other words: you probably want at least the mid-level model.