Sad fact: 20% of people click away from videos in the first 10 seconds. But Vusay hopes to hold our attention by augmenting any video player with comments anchored to specific points in the clip. It’s like SoundCloud’s timed commenting system but for video.
News sites, digital media channels, and other online publishers can slap Vusay’s wrapper around their video for free to retain eyeballs and get help making money off their views. Vusay comments show up as a river to the right of the video, so they’re a lot more visible than traditional, YouTube-style comments buried at the bottom. 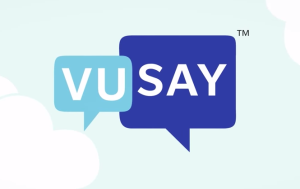 Remember that old VH1 show Pop-Up Video? It took tired music videos and made them interesting again by overlaying little bits of related trivia. Similarly, Vusay hopes people will stay focused on or even rewatch clips that its clients publish thanks to commentary like “OMG this is the best part”, or “No one could have survived that”. Vusay founder Wendell Brown tells me “Vusay is about people connecting with other people, through videos, on the topics that matter to them. Every moment matters.”
Here’s a look at how it works:
Vusay could also make videos more sharable. When people leave comments they can easily syndicate them along with the video to Facebook and Twitter. Users can search for comments by keyword, while moderators can use backend tools to keep out trolls and spammers.
By getting users to attach comments to videos, they’re actually helping Vusay recognize the content in the video. This metadata lets it aid video publishers with delivering more targeted advertising. 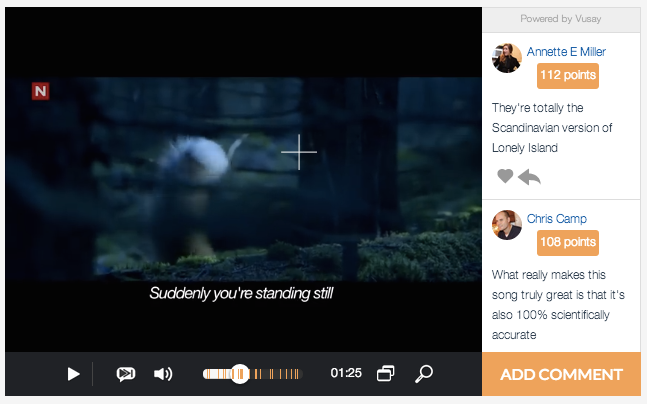 Vusay is the latest from startup from Brown, a serial entrepreneur who’s started Teleo (acquired by Microsoft), eVoice (acquired by AOL), and Walksoftly (acquired by Cybermedia). Brown claims Vusay began working on the product before the team saw SoundCloud’s timed comments, which launched back in December 2012 and have become the iconic timed comment system thanks to “HERE COMES THE BASS!” memos.
Some video publishers may be apprehensive about serving up an unfamiliar interface to their viewers. But if Vusay gains traction, its timed comments could make it feel like you’re watching videos in a giant living room with the whole Internet.