TechCrunch Disrupt Europe is coming! Next week in fact! Saturday and Sunday will feature the TechCrunch Disrupt Hackathon (free tickets for hackers and hacker-watchers), followed by two days of full-blown conference, with interviews and panels with Europe’s best entrepreneurs and investors. Get the last tickets here.

The conference will also see us discuss the European tech startup ecosystem in depth, with some of the major players.

Carlos Espinal is a partner at SeedCamp. Carlos leads the experience from initial investment to Seedcamp Academy and beyond, ranging in topics from company formation issues, strategy, fundraising, legals, and hold regular office hours. Prior to Seedcamp, Carlos was a venture capitalist at Doughty Hanson Technology Ventures, an early stage investment firm based in London. There he honed his understanding of what investors look for when considering an investment. Before Doughty Hanson, Carlos was an engineer for the Advanced Communications Technologies group of The New York Stock Exchange (SIAC) where he focused on the next generation of wireless and mobile trading platforms for the exchange and developed a strong love for cutting edge technologies. Prior to SIAC, he was a network security consultant for the professional services division of Baltimore Technologies where he worked with global clients in the telecommunication and data services sectors. Carlos holds an MBA from the F.W. Olin Graduate School of Business at Babson College and a B.S. from Carnegie Mellon University. Carlos bring a good mix of Tech experience & VC experience with a keen operational eye to our incredible team.

Rohan Silva is the co-founder of Second Home, the world’s “most iconic working environment for creative companies”. Rohan was previously Senior Policy Adviser to the British Prime Minister, where he developed some of the UK’s key enterprise policies, such as the Seed EIS tax break, Entrepreneur Relief and Entrepreneur Visas. In addition, Rohan created the Government’s ‘Tech City’ initiative to support the growth of the technology cluster in East London. Rohan was named a World Economic Forum ‘Young Global Leader’ in 2014, and is also Research Affiliate at the Massachusetts Institute of Technology (MIT). 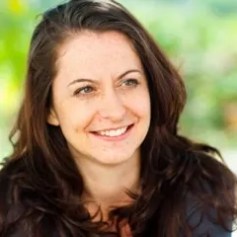 Tine Thygesen is a Danish entrepreneur, heavily involved with the tech startup scene in Europe. CEO and co-founder of Everplaces. Also co-founder of Founders House (foundershouse.dk), the invitation-only co-working space for tech startups. Previously CEO of 23 (known for 23 Video) and Venture Cup Denmark. Referrer at HackFwd, mentor at Seedcamp and Startup Bootcamp. Advisor to Danish government on entrepreneurship regulation, board member of Copenhagen School of Entrepreneurship. Founder of Nordic Cleantech Open and Global Event Supplies.

Jason Whitmire is a Partner at Earlybird Venture Capital where he focuses on Cloud Computing, Analytics, Digital Media and Mobility. He is currently on the boards of EyeEm (Berlin), Socialbakers (Prague), RapidMiner (Boston), Peak Games (Istanbul) and Traxpay (Frankfurt). Jason has built and led two companies to global leadership. Until June 2010 he served as General Manager & Vice President at Wind River Systems, where he founded and managed the company’s high growth mobile business. Following Wind River’s aquisition by Intel Jason advised Intel on its mobile software strategy. Previously Jason was shareholder and Managing Director of open source real-time Linux provider FSMLabs Inc. and played a key role in its acquisition by Wind River in 2007. At FSMLabs Jason ran the company’s global business, growing it to serve over 50 Fortune 500 companies. Prior to that Mr. Whitmire co-founded the software business at Infineon Technologies, where he led the global licensing business for Infineon’s wireless software subsidiary, Comneon GmbH. During his four years at Infineon Jason helped build Comneon into one of the fastest growing mobile device software companies in history (100 million devices shipped). Earlier, Jason served in a variety of director level and management roles at Group 3G UMTS (Telefonica / Sonera MVNO) and Telecom Italia. Before that, Jason served in the US government as a Technology Advisor to the US Department of State under the Clinton Administration. In 1994 and 1995 he received the Department’s exceptional performance awards for work recognized by then-US Vice President Al Gore.

As well as these many great speakers, of course TechCrunch Disrupt Europe will also bring the Startup Battlefield and Startup Alley to London.

Startup Battlefield competitors pitch their companies live and on stage, competing for a prize of £30,000 and the Disrupt Cup. Previous Battlefield competitions have launched companies such as Dropbox, Mint.com, Yammer and Fitbit. You may have heard of them. Startup Alley features about 200 invited startups.

Find all the latest information on the Disrupt Europe website.

To sponsor the event, see here.