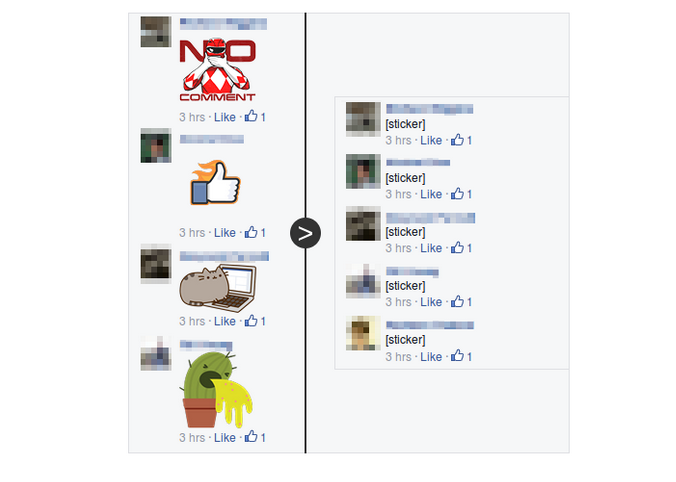 Remember the good old days? Back when posting a funny image or doodle in a Facebook comment thread meant having to go search for one, rather than just opening up Facebook’s sticker catalog?

Hah. Just kidding. I love these damned stickers. I put them on everything. I’d put stickers on my stickers if I could. The world demands a Pusheen/Hamcat mashup sticker.

But I can understand why some people would maybe prefer their Facebook feed didn’t look like a Lisa Frank trapper keeper. Maybe you’re worried that having a tiny icon of two hamburgers high-fiving on screen will make you look super unprofessional when you’re Facebooking at work; maybe you just hate fun. 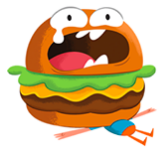 Whatever the case: if you want to rid your Facebook feed of stickers, an extension now exists to get it done.

Built with friggin’ lightning speed by self-described fun hater Rodney Folz, Unsticker.me …unstickers you. It instantly slays the army of Stickers that has likely taken over your Facebook news feed, events pages, and groups, replacing each instance of a sticker with a simple “[sticker]” gravemarker to indicate where a clumsy hamburger or hot-dog-eating Yeti once stood.

One thing to note: while the extension will remove stickers from much of Facebook, it leaves them untouched in chats. Because no one hates fun that much.

The extension is available in three forms: one for Firefox, one for Chrome, and one in its raw source code form for those who like to tinker.