The debate wages on at the U.S. Supreme Court over gay marriage, but not in Kim Kardashian: Hollywood. Players can pick a dress, a ring and whichever sort of partner they prefer to tie the knot with. Just like in Kim’s real life, those in the game can now experience the wedding of their dreams in Florence, Italy, too. 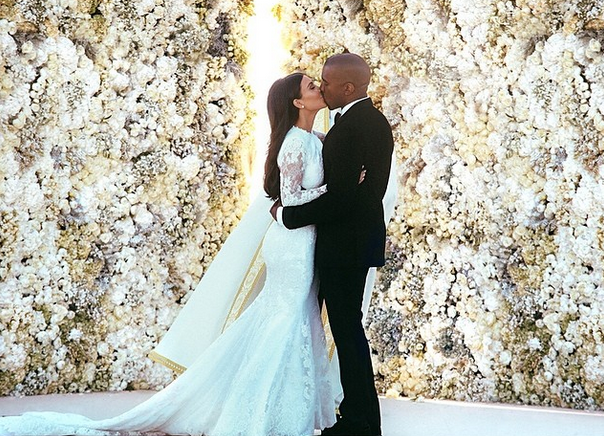 The update, which went out last week, launched the popular app from Glu onto Facebook and added Florence, Italy as a new celebrity wedding destination for top-level players. But it was Kim’s Instagram that announced the game updates with a display of two grooms that really put a ring on it.

Facebook has an audience of approximately 1 billion right now – a sixth of the world. Another 230 million play games on the social networking site every month, according to figures reported on the Facebook developer page a year ago. This should open up the game to new audiences and even more revenue. Kim Kardashian: Hollywood was expected to make $200 million by the end of this year.

However, the once mobile hit is slipping in both gross sales and popularity. Glu extended its agreement with Kim shortly after the game with her name hit #1 in the App Store. It’s no longer in even the top 20 free apps now. It is hovering at #8 in the top grossing apps in the App Store at the moment, just under The Simpsons: Tapped Out and above the Spotify app. The game was grossing $625,296 for iOS devices per day in July of this year.

ThinkGaming now puts daily gross sales at not even a third of that July figure at $185,056 in sales per day. Rankings have taken a hit as well, according to stats from App Annie over the last three months: 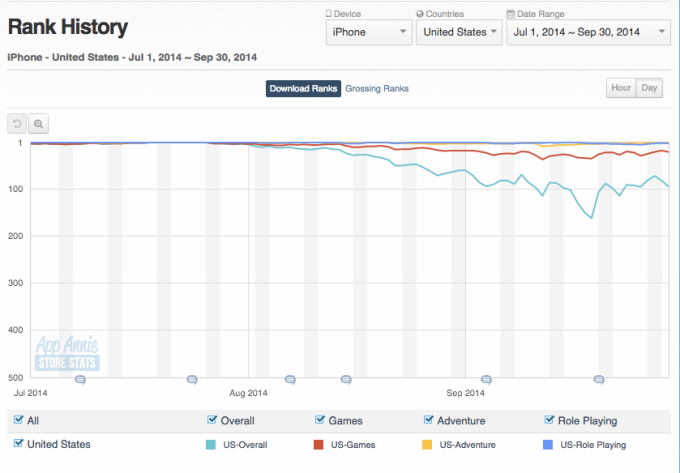 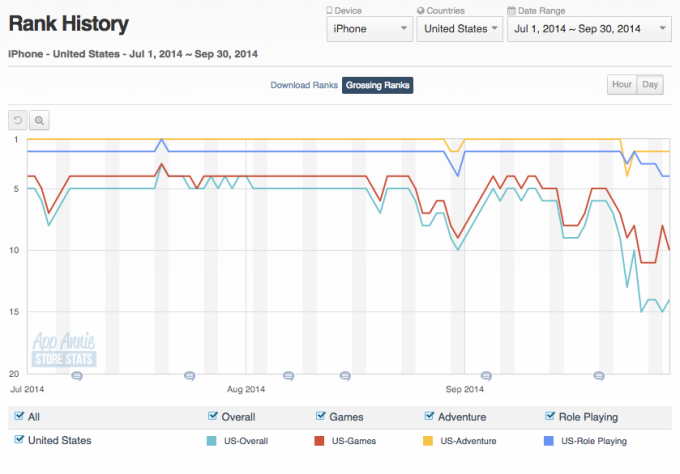 GLUU stock has fallen since news of the drop in sales. But the company just released Diner Dash, one of the historically most popularly downloaded video games of all time, for mobile. This, along with the release of Kim Kardashian: Hollywood for Facebook, along with the option to get hitched whichever way you choose may just give the company the boost needed to recover from the slump.