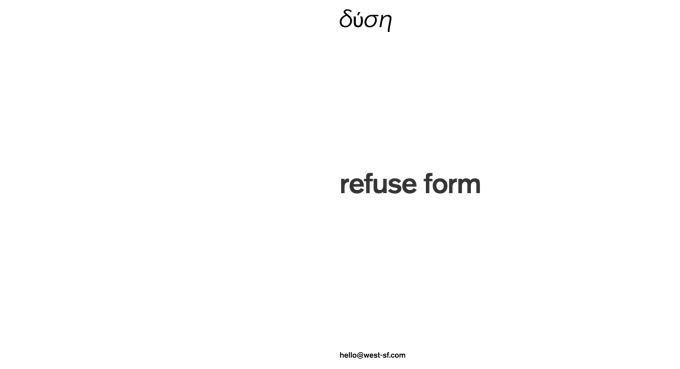 Quid had a good run, but it looks like we have a new champion in the endless battle to have the most pretentious startup website. West, an advertising agency founded by former Apple exec Allison Johnson in 2011 with backing from Jack Dorsey and Ray Chambers, has managed to claim that spot with a site that offers absolutely no information about who works there or what kinds of services they offer. Instead, you see a rotating set of images overlaid with the word “west” shown in different languages, including Braille and binary.

Right before the agency launched, a source told Kara Swisher that it would have a different, new model, that “does not conform to a typical agency.” That description certainly comes across in the website’s design.

While there are probably some companies that don’t want a “typical” ad agency, I’d say there’s a good chance that most people would like to know what a company might offer them upfront, before having to email back and forth about what wonderful solutions they might have available.

To check, I went to the websites of the top three ad agencies on Ad Age’s list of the best in 2014. Guess what? All of them prominently feature links to the company’s works, team, culture and more: 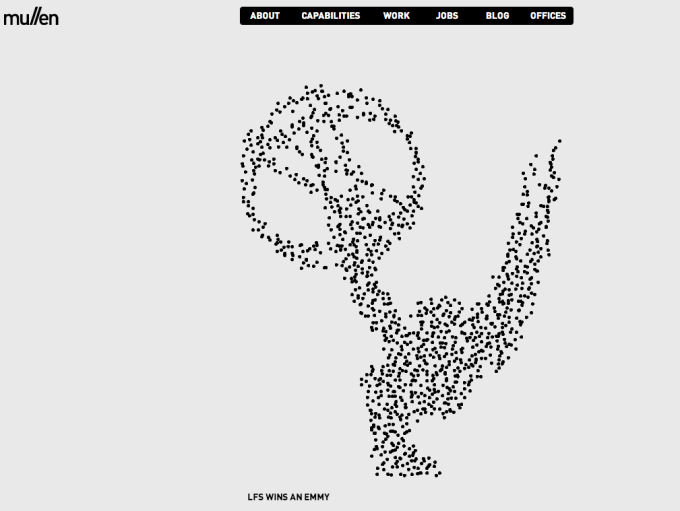 Of course, in the insular world of Silicon Valley startups, who you know is often more important than how you present yourself. Chances are, those employing West’s services were pitched either “An ex-Apple marketing exec is in charge!” or “Jack Dorsey has backed these guys!” and were sold. When you’ve got names like that, who cares what your site looks like?

But I can’t shake the image of some startup exec getting an email from her newly hired assistant (because the company just raised money, and can thus afford both advertising and assistants) giving a list of candidates for agencies that could run the startup’s first big campaign.

Scrolling through her iPhone, the exec taps on West, opening a new tab in Safari. After giving the site 30 seconds to load, the exec still only sees a random photo and one word of text. She refreshes the page, only to see a different photo and some random percentage signs. Flustered, the exec pecks out a quick email to her assistant, chastising him for not looking to see that clearly this company isn’t doing well — they don’t even have a functioning site!

A source has told TechCrunch that Dorsey and Co. has remained quiet about West due to a bumpy first couple of years. Despite their big names and the work the agency has done for well-funded startups (including Path), the agency has lost some of its big talent. Still, that hasn’t stopped some rumors from floating into our Tips box suggesting that the agency has growth in its SF-based office and has just opened a location in New York.