French startup Sigfox is building a low cost, alternative cellular network for connected objects. It allows small connected objects to talk with Sigfox’s server with a very small battery and cheap hardware. It sounds too good to be true, but the company’s network already works in a few countries and has many interesting potential use cases.

Now, the startup wants to turn its robust infrastructure into a highly usable developer platform with a very simple API. This way, all storts of developers will be able to take advantage of Sigfox’s network, from hackers to startups and of course big companies.

That’s why the company just hired Cédric Giorgi to become Head of Startup Relations. He was the co-founder and CEO of Cookening, but had to put his startup on pause for now. Giorgi is also very involved in the French tech ecosystem. 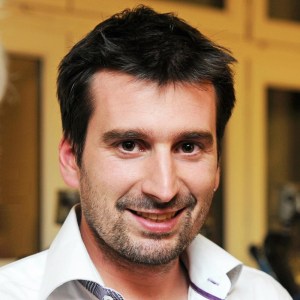 “Sigfox is perfect for connected objects that need to send a bit of information while using very little power,” Giorgi told me in a phone interview. “From a more technical point of view, you just need a standard radio antenna that can send data on Sigfox’s low frequency.”

Then, Sigfox’s network will listen, catch the signal, and send the data to the developer’s servers. The startup uses a very low frequency. This is key to its infrastructure as this frequency is currently unused and available without having to pay for an expensive license. Moreover, the lower the frequency, the less towers you need to build a thorough network.

Sigfox already covers France, Spain, the Netherlands and a dozen of major cities in other countries, such as Germany and Italy. It is currently rolling out its network in the U.K. and California. As infrastructure deployment is very expensive, the company raised $20.6 million in March 2014.

“A few American companies like Salesforce, Twilio and Stripe have become major platforms for other companies. That’s exactly what we want to do, turn our network for connected objects into a platform,” Giorgi said.

A few large companies already use Sigfox’s network, such as Securitas in Spain. The security company plans on connecting one million objects to Sigfox. A French insurance company will soon provide small connected objects to its clients. Nigiloc sells a small bike GPS that can run for two years on a small battery.

For small developers, Sigfox is quite cheap as pricing varies with the number of connected objects that take advantage of the network. If you only want to hack with one object, you will only pay a few euros.

In the future, Sigfox wants to talk with both large companies like Securitas and small startups. Connecting to Sigfox should be as easy as implementing Stripe on your website. “If you have the right component, we want you to run on the Sigfox network in three clicks,” Giorgi said.