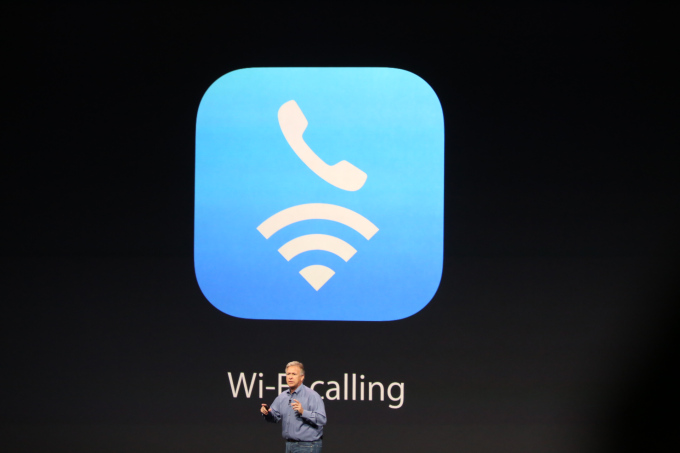 A quick update for those trying to figure out which carriers will/won’t support the iPhone 6’s Wi-Fi calling feature anytime soon: T-Mobile is a go. AT&T will get it in 2015. Now Verizon is pledging to support it next year, too.

Word of the new feature comes from Verizon CFO Fran Shammo who mentioned it at a conference this morning — but not before taking the opportunity to take a not-so-subtle jab at T-Mobile for rushing to play up their support for it.

“We built our voice platform so extensively [that] there was never a need for us to tell our customers, ‘Oh, our network is not good enough so you need to go on Wi-Fi to complete your call.'”

So WTF is Wi-Fi calling, and why should you care?

In short: Wi-Fi calling lets you place calls/send texts as you normally would, except it all runs over any Wi-Fi network you’ve got access to rather than your cell carrier’s towers. Even if you leave Wi-Fi-range mid-call, the call will just transition right over to the cell network (implementing that bit, as it happens, is a good chunk of why most carriers can’t flip the switches and claim iOS Wi-Fi calling support right this second).

And as an added bonus: Depending on your carrier’s policies, Wi-Fi calls often don’t count against your monthly minutes.

If your coverage is consistently solid, it might not be a huge thing for you. If you consistently find yourself dropping calls at your home, or work, or any other place you’ve got Wi-Fi, though, it’s a damned killer feature — though not one that is at all exclusive to iPhone. With all of the carriers now moving to support it following the iPhone 6 launch (and T-Mobile requiring it in all new phones they sell), I’d expect it to be a standard feature within two years.