Meeting with VCs can be stressful and we took that to the extreme with our new show. One Lap with Rob Coneybeer takes willing entrepreneurs onto the racetrack and out of their comfort zones.

“I really like going fast. When you’re going fast with other people in other cars around you, racing requires you to think about several things at once and make good decisions quickly,” says Coneybeer. “After the excitement of the first few laps, every entrepreneur relaxed and enjoyed themselves. I think that’s because entrepreneurs are highly adaptable and able to handle high-stress situations well.”

Known for his investments in Nest and RelayRides at Shasta Ventures, Coneybeer has been spending his weekends racing. In an effort to combine his two passions, he thought it would be fun to drive startup founders around a live racetrack at top speed to talk about their businesses. TechCrunch TV went along for the ride by rigging five Go Pro cameras to Rob’s car to capture the road and the often dramatic reactions. 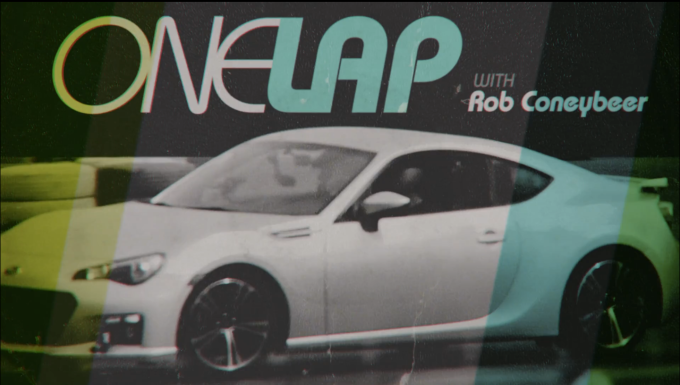 Another fun element the the series, we feel, is that this isn’t some fancy race car. Rob’s $25,000 car is scrappy like many of the founders we spoke to, and it’s ready to take down competition twice it’s size. According to Rob:

The Subaru BRZ is the epitome of great product to me. It handles as well as a Lotus Elise or a Porsche 911, but for a fraction of the price. The car is fun to drive, fuel efficient, and fast. The only thing I’ve upgraded are the brakes – new brake pads, rotors, lines and fluid – to handle the demands of the racetrack. Everything else – the engine, transmission, and suspension – is unmodified.

“I really enjoyed working with the TCTV team to create something irreverent and new. The entrepreneurs were excited to participate, we had fun conducting the interviews, and I’m interested to see how a larger audience enjoys the show.” Well, Rob we enjoyed working with you too and hope you all watch our new show.

Shooting, editing, and sound for One Lap was done by John Murillo. Produced by Colleen Taylor. Production coordination and creative direction by Felicia Williams. Motion graphics and design by Eden Soto.