Editor’s Note: Event Partnerships Manager Leslie Hitchcock is a non-editorial TechCrunch employee. In addition to working at TechCrunch and being super fashionable, she reviews startups and tech products occasionally on her personal blog, Leslie Just Joined.

Walking into the TechCrunch Disrupt Hackathon back in May, Velina Ivanova wasn’t sure how her hack project would be perceived. It wasn’t easy to coax her partners to join her in building an app which helped women (and so-inclined men) to organize their trips to the nail salon, especially when most of the other hackers were using Oculus Rift and other more popular technologies.

Luckily that didn’t stop Ivanova and her co-creators Hristo Hristov and Paul Llanos. Their hackathon project, Indulge: The Nail Snob App, was selected as the first runner-up by the TechCrunch judges. This was not the end, but the beginning of a determination to continue building Indulge and ultimately launch it as a product in the App Store. 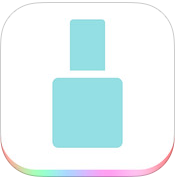 “At the hackathon we just needed to productize, to make sure it works but then when you get out of the hackathon and have to develop a real working app, that’s when the challenges came,” Ivanova told me.

Receiving an avalanche of positive feedback following the coverage of Indulge, Ivanova, Hristov and Llanos decided to push it from simply a hack weekend project and commit the time to developing a complete project, setting their sights on launching in the App Store.

Capitalizing on the momentum from the Hackathon, the team began working on completing Indulge. Development of the app stretched into July and took about three months. Almost all of work was completed during nights and on weekends since the trio all have day-jobs. The bulk of that time was spent compiling a proprietary database of nail polishes, swatting bugs and fleshing out the product.

During that time, Ivanova and the team collected feedback from their beta testers and were even approached by a nail polish brand about a potential partnership. And now? From participation in the Hackathon the coverage on TechCrunch “random people in the tech industry know our app which we couldn’t have done on our own.” From here they are looking to prioritize and add features, based on feedback from their strong user base.

When asked if she had any suggestions for hackers about to enter the Disrupt SF Hackathon on Saturday, Ivanova said when she walked in the doors in May she was hesitant that her idea would be worth something and wondered if anyone would like it. “Don’t get discouraged. You never know, being different is a good thing. We were scanning nail polishes and people around us were playing with the Oculus Rift. Having a different idea might be the winning formula in the end.”

So who will come out of this weekend’s Hackathon, and will they successfully push their projects to successful products? Let’s find out!