We’ve already seen a flurry of announcements around Android Wear hardware this week, but Google also has some software updates in the works that it will release over the course of the next few months. As the company announced today, a first update will bring offline music playback and GPS support to Android Wear. A second update later in the year will also enable downloadable watch faces.

With offline music playback, users will be able to listen to music that is stored directly on the watch with the help of Bluetooth headphones. How exactly you will get your music onto the watch (and whether apps like Spotify will be able to support this feature) remains to be seen. 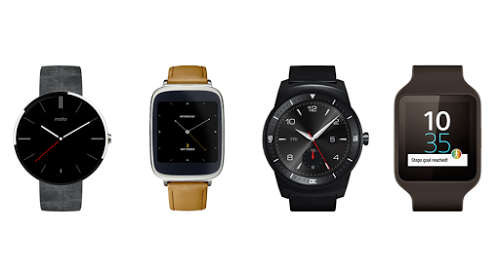 Once Android Wear supports built-in GPS sensors, the watch will be able to track your location without the help of your smartphone. That’ll be great for running or cycling apps, but what these two features really seem to be about is making the watch a bit more autonomous from your smartphone. Right now, after all, if your watch and phone aren’t talking to each other, the watch is pretty much useless (unless you only want to see what time it is).

Downloadable watch faces are a feature many Android Wear users have been looking forward to. The interesting part here is that this isn’t just about different designs, but Google says developers will also be able to use the screen “to show the information you want to see most—like your calendar or fitness sensors.” New watch faces will be available through the Google Play store.

It remains to be seen when exactly Google plans to roll these updates out to users, but all of the current watches will get this update.