With less than two weeks before the FCC closes comments on proceeding #14-28, also known as the landmark Net Neutrality issue, viral video firm Thinkmodo is releasing a new video in one last attempt to get the word out and get those comments forms filling again.

You may recognize some of the company’s previous videos. Indeed, it’s strong work and I’ve covered it before…like the Carrie video or the Chronicle video or the iPad Head Girl video.

This video, in particular, is a call to arms regarding the issue of Net Neutrality and it cleverly gets the idea across that we shouldn’t “flush” our freedoms away (you’ll get why after you watch.) I agree with their message and I think it’s something all of us digital consumers should be concerned about. Take heed.

Make no mistake though, this is also paid work for one of their clients — Internet provider Namecheap.com — so in one way, it’s kind of an ad. Believe me, I am aware of the contradiction that merely covering an advertisement indirectly helps advertise it. But this issue is worthy of any buzz it can get, ad or no ad, so I’m willing to take that chance.

However, as a provider, NameCheap has as much to risk as any company out there for whom Internet speed is a factor. Since they are not the biggest kid on the block, I can see why they might commission this work and use it to help lead their own crusade against the tiered access model. The video calls for users to visit netneutrality.com (which they own)  in order to get info about how to send comments through the site.

To recap what Net Neutrality actually is, I urge you to look no further than former Crunchies host John Oliver’s succinct rant and primer on the subject. However, if you don’t have thirteen minutes to spend getting up to speed by watching that video or reading the Wikipedia link up above, let me sum it up:

Without Net Neutrality (or The Open Internet as the FCC puts it), certain network providing companies will be able to create a tiered system of internet speeds, meaning that digital companies with deeper pockets can purchase more and faster throughput for their digital content than smaller less deep-pocketed startups or competitors. In short, richer company’s digital content will work better.

It seems like a capitalist morality play: today’s network providers should reap the benefits of their substantial, involved investments in building the technical infrastructure of the world wide web that we all use, no? They helped build it and make it work so they should control it right?

That’s definitely one way to look at it.

A nightmarish group of cartels re-establishes a monopolist culture (a culture our country started trying to stamp out over 100 years ago maintaining that a level playing field should exist in the market where businesses compete) and in doing so destabilizes the delicate, innovative, risk-taking businesses borne of the Internet — the companies that help defined and create the value of the Internet.

At the risk of sounding dramatic (too late, I know), it’s an issue I’m personally passionate about, but everyone has to make up their own mind where they stand on it. Honestly, it’s great that the FCC is listening  and hopefully they’re not just going through the motions here.

I wish us all luck after Sept. 15. Keep your fingers crossed and send in your comments. 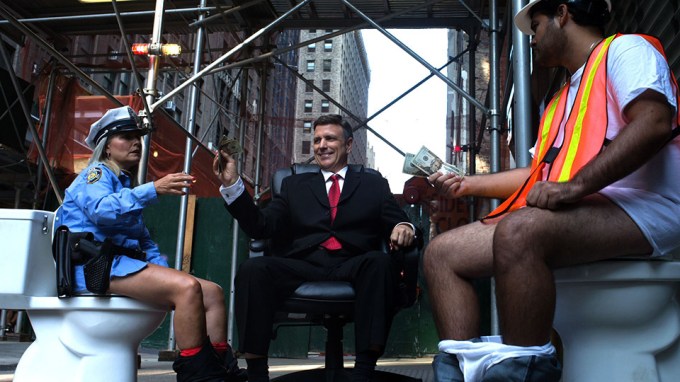