We’re less than a week away from this year’s Disrupt Hackathon, and are delighted to announce the judges & API workshops. I, along with TechCrunch Startup Battlefield Editor, Sam O’Keefe, will be your Hackmaster and host for the weekend.

In years past, our judges have served as combination of part-bloodhound, part-iron curtain, separating the wheat from the proverbial chaff. This year is no different. Our handpicked judges are seasoned veterans and have lived to tell their tales. So without further ado, this year’s Disrupt Hackathon judges: 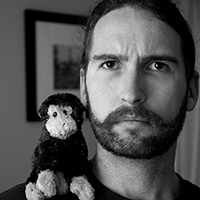 Stephen Garcia (@sgarciaDev) is Director of Product Innovation at Netflix, where he is responsible for the experiences on Smart TVs, Game Consoles, and other connected living room devices. Prior to Netflix, Stephen worked at Beats (recently acquired by Apple), where he was responsible for product innovation, design and strategic partner integrations for Beats Music. Stephen previously held senior positions in product, design and engineering at MOG, Yahoo, and Sapient. 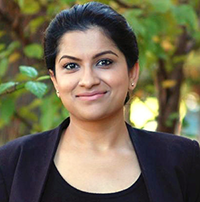 Jhimil Jain
Dr. Jhilmil Jain is the Head of Android User Research at Google. She is passionate about leading teams that execute research and design to shape product strategy. She is responsible for UX research for the core Android platform, 5 screens (Automotive, Wear, TV, mobile, tablet), Google Play, Google Now, Voice, Android One and hardware design. She also serves on the advisory board of Outward, Inc. Earlier in her 10-year career in Silicon Valley, she worked at Microsoft, HP Labs and IBM Research Almaden on mobile platforms, voice, TV, retail, gaming etc. Jhilmil is a known expert in the field – she consistently presents and has held leadership positions at conferences like CHI, UXPA, HCII, and is on the editorial board of the Journal of Usability Studies. When Jhilmil is not focused on growing Android internationally and defining the future of computing, she can be found volunteering at Girls Who Code and Humane Society of Silicon Valley. 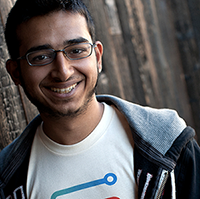 Sahil is the founder and CEO of Gumroad. Gumroad enables creators to earn a living selling the things they make directly to their audience. Previously, he was early at Pinterest — a service that lets users collect, organize, and share the things they are into. 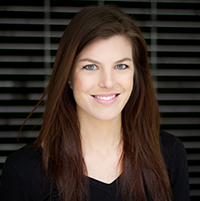 Morgan Missen
Morgan Missen is founder of Main. Previously, Morgan was Head of Talent at foursquare in San Francisco, the first employee recruiter at Twitter and spent several years at Google as a talent specialist for global engineering teams and its corporate strategy group. She has also done contingency recruitment for Silicon Valley based Fortune 500 companies including Yahoo!, Oracle, EA and Cisco Systems; and advised early stage startups on recruiting and hiring. 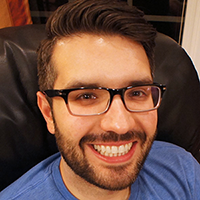 Nicholas Mitrousis
Nicholas is Group Technical Director at AKQA, a global advertising agency and leader in innovative digital products and services. He oversees development and technology while working with some of his favorite client products: beer, cars and video games. Prior to AKQA, he led engineering at Thismoment, a social content curation platform and was a co-founder at Proto, an award-winning development shop in San Francisco. Always intrigued by a good solution in search of a problem, he loves designing, building and breaking things with technology.

In addition to the hacking & the presenting, the Disrupt Hackathon is also a great opportunity to learn about brand new technologies & how they can make your job easier.  We’ve put together some great opportunities for you to up your game & better your chances of walking out of the Hackathon with prizes in hand.

The Evernote API lets you tap into the functionality offered by the Evernote service and gain access to the millions of users around the world who use it every day. In this workshop we’ll introduce the API and look at Evernote’s SDKs, then discuss creating new notes, rendering notes, searching for existing notes and other common operations. You’ll learn how your application can store its data in Evernote and how to tap into the information that a user has already stored in their notebooks.

The best overall app in [design, utility, api, originality] that works with the Evernote API. All members (4 max) receive an iPad mini

Find out more about Evernote’s API at: http://dev.evernote.com.

Learn how to build hyper-scalable web API’s that can power your mobile applications on any device with Node.js. Leveraging the Express framework you can build RESTful JSON API’s and deploy for world-wide availability in minutes with Microsoft Azure. In addition to scalable hosting Microsoft Azure provides a rich Node.js in-browser development environment allowing you to build your API without any setup on any platform.

Find out more about Node on Microsoft Azure at: http://azure.microsoft.com/en-us/documentation/services/websites/#node

Pebble is the smartwatch that 85,000+ people brought to life through Kickstarter in 2012. After setting the Kickstarter funding record, Pebble has continued to develop into a fully functional and customizable smartwatch ecosystem. Pebble is amazing thanks to its large community and the flexibility it offers to developers.

Join us to learn how to write your first Pebble applications in JavaScript or C and how to use Pebble’s APIs. CloudPebble is a complete web-based development environment for Pebble, providing you with the tools to build and run your app from your web browser. Writing apps in C and even in JavaScript (Pebble.js) can be done very quickly and effortlessly in CloudPebble! If you do not have a Pebble yet, we will have refurbished Pebbles for sale at $75!

The Pebble SDK consists of different frameworks that are organized by functionality. Each framework includes an API and provides access to the software libraries supported natively by Pebble OS. You use these interfaces (APIs) in the C programming language to write software for the Pebble platform.

Find out more about Pebble’s API at: http://developer.getpebble.com/2/api-reference/modules.html

See how developers, start-ups and brands are leveraging the variety of Twitter APIs and data to engage their users, gain new ones, and jump-start their businesses.

In this talk, Ryan will introduce you to some examples of Twitter in the wild, and share some simple ways to get started with the Twitter APIs, from the Streaming APIs to Twitter Cards.

Get started today with code samples from the TwitterDev Github repo: http://github.com/twitterdev

Clover is the open point-of-sale platform. Using Clover’s Android or web APIs, you can build solutions for businesses that run directly on Clover’s sleek and awesome payment/point-of-sale devices, or build customer-facing solutions that integrate with those businesses using the Clover platform. Clover’s goal is to put an API in every storefront. As more businesses (and more countries) adopt the Clover platform, you as the developer will have the opportunity to reach those businesses directly via the Clover App Market. Clover also understands the exciting changes coming in the payments industry whether it involves chip cards, NFC, cryptocurrencies or paying directly via a neural implant. (OK, we made that last one up, but join our awesome developer community and it just might be possible!) Come learn how to “hack the cash register” with Clover.

Find out more about Clover’s APIs at: https://www.clover.com/docs/welcome