A little more than two years ago, VHX launched a platform that is designed to allow pretty much anyone to begin selling their videos online. Now it’s making that process easier, with an update to the admin consoles of its site, providing the tools independent producers need to successfully sell their wares online.

Thanks to the success of direct-to-consumer releases from big-name stars like Louis CK and Aziz Ansari, more and more independent producers are looking for ways to cut out distributors and make their videos available to fans. And VHX has emerged as one of the best platforms for them to do so.

The company has seen 2,000 stores pop up since being founded, and customers have bought about 500,000 videos on the platform since launch. Those users have been drawn by the ability to get up and running without having to jump through the same hoops they would find with Apple’s iTunes or other sales platforms. VHX also takes a smaller commission than competing online video sales platforms.

It hosts a wide range of content, including everything from comedy specials by comedians like Ansari, to fitness series, to independently released documentaries, to feature-length films from YouTubers.

With so many different use cases, the VHX has been tacking on a number of features to its dashboard over the years, but is now looking to simplify the platform and make it easier for producers to get up and running. With that, it released an updated version of the dashboard to make it more accessible to a wider group of users.

VHX rebuilt the foundation of the platform to speed up future design and development and make it more flexible. It’s also built out an API that will not only enable it to add features more easily, but also to do integrations with other, third-party developers. 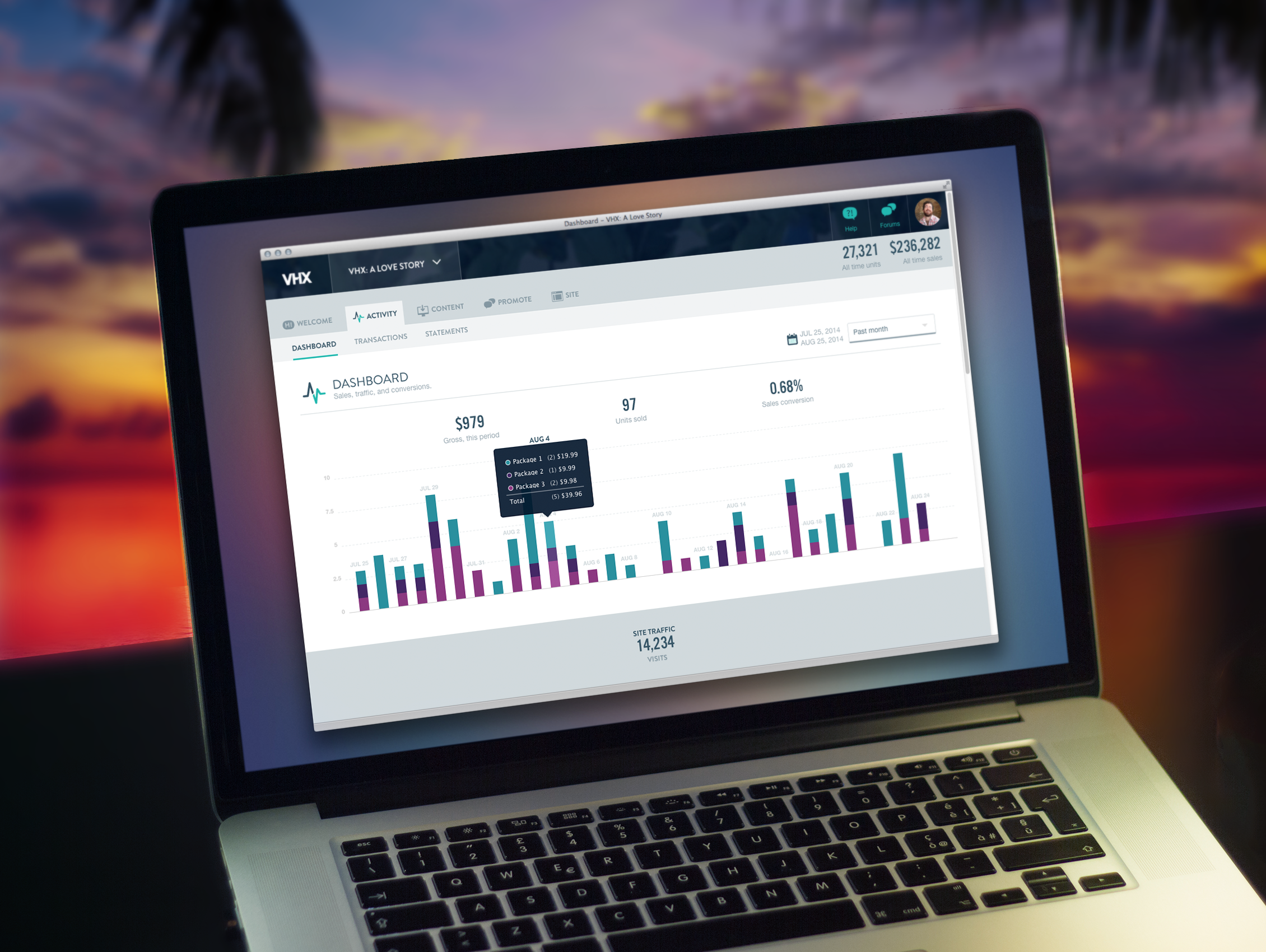 For users, the new dashboard groups different tool sets into “behavioral clumps,” and has worked to define workflows based on different user types. It’s also provided guides and best practices to help producers reach larger audiences. The update makes it easier for producers to package content together, and also to sell related merch alongside videos.

The new dashboard could also pave the way for new offerings from VHX. To date, video sales have happened on different siloed websites from their producers. But with the latest update, VHX could move toward aggregating content from multiple different producers and selling them as part of a unified platform.

For VHX, the hope is that simplifying the process of uploading and listing videos will lead even more independent producers to begin using its platform. More videos means more sales, which means more money it can invest back into its platform.

VHX was founded by Casey Pugh and Jamie Wilkinson and is based in New York City. Since being founded, VHX has raised $4.5 million in funding from a group of investors that includes Union Square Ventures, William Morris Endeavor, Lerer Ventures, Lowercase Capital, and Alexis Ohanian, among others.