One of the annoyances of online real estate search is that you often see the exact same house pop up day after day, even though it is a run-down shack (“rustic with good bones”) in a not so nice (“up and coming”) neighborhood with a concrete yard (“low maintenance”). Estately wants to free you from that and it’s appropriating Tinder’s swipe gestures to help you hide those “fixer-uppers” from your next searches.

To be fair, Zillow, Redfin and most other competing apps also give you the option hide homes from your searches, but none of those are as much fun and satisfying as using the new Flip feature in Estately’s app.

Besides trashing ugly houses, though, you can obviously also swipe the other way and favorite a home, too. “Over 50% of Tinder’s users are 24 years of age and older,” the Estately team argues.” Flip makes perfect sense as the ideal format for first time home buyers who average 30-32 years of age.”

During the beta test, those users who started trashing houses clearly loved the experience. Once they started, they ended up trashing about 18 properties per week. “It’s such an efficient model for home buyers,” Estately co-founder and CEO Galen Ward told me. “You know you don’t want the home, so why see it over and over?”

As the Estately team tells us, the company’s app is doing very well right now. The average user opened it over 22 times in July and 29% of those users who install it return the next month. Given the typical abandonment rates for mobile apps, that’s a pretty impressive number.

Besides the Flip tools, Estately is also launching its iPad app today — something the company says its users have been asking for for a while now. Ward tells me that while the overall design is similar to the iPhone app, the iPad’s extra real estate allowed the team to highlight home photos in the app. 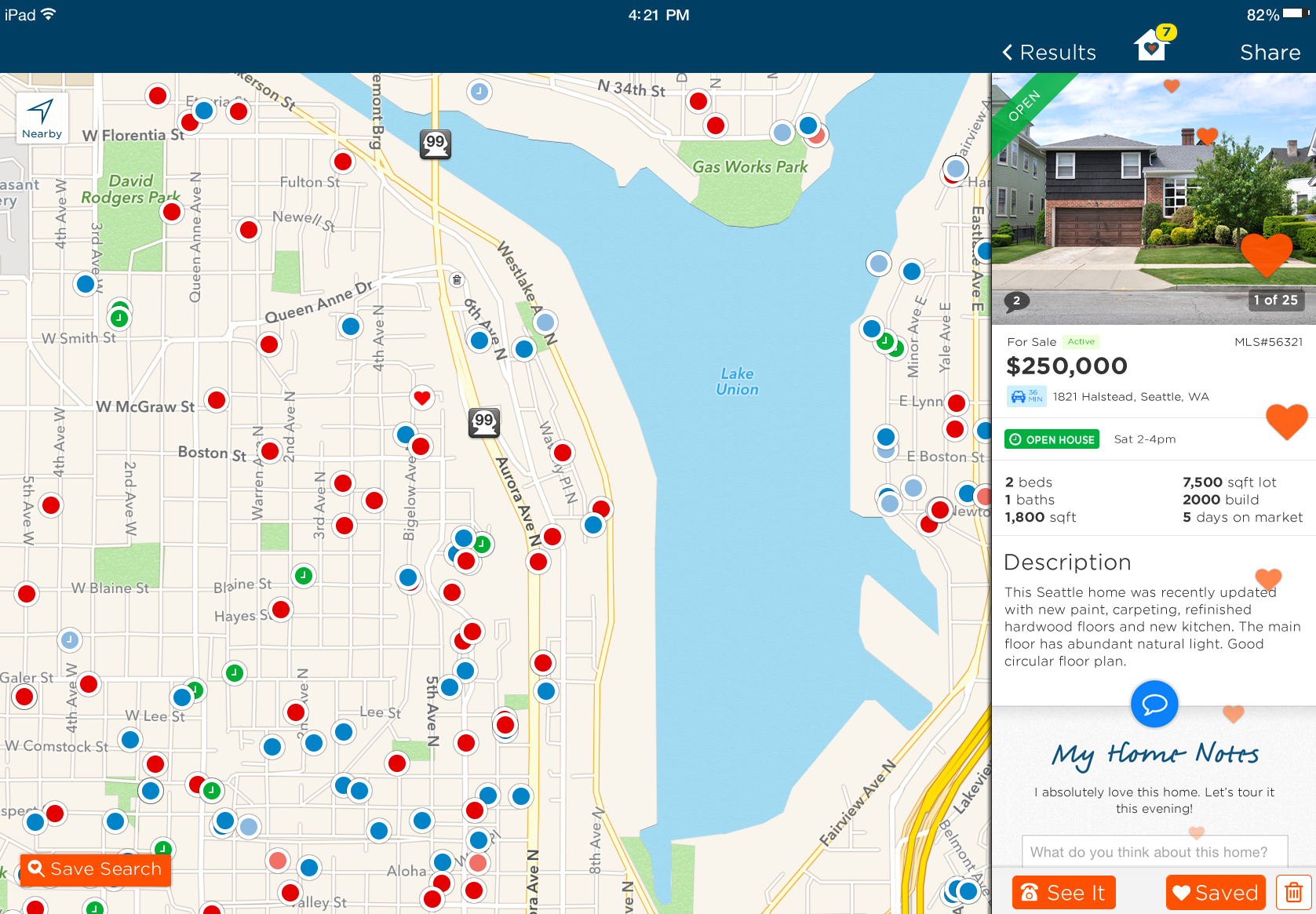