If you set out to build an incredibly annoying application, what would you create?

If you are Daniel Zarick and Benedict Fritz, the answer to that question is The Shakedown. The app, borne out of Zarick’s torrid fever dream, is what he described in an email as “the dumbest idea [he] could imagine.” The Shakedown is so bad, it’s almost good.

Kidding, it’s terrible. But the duo built the app, it’s now live in the iOS App Store, and will be touching down on Android sometime later today.

Zarick, a friend with whom I occasionally consume alcoholic beverages, should have known better.

What does it do? Every new user (sucker?) is awarded 10,000 points at the start. Then, they can select a rival user from one of their social graphs such as Twitter, and shake their phone in a waving-like motion. That action deducts points from the picked rival, and adds it to the user’s score. 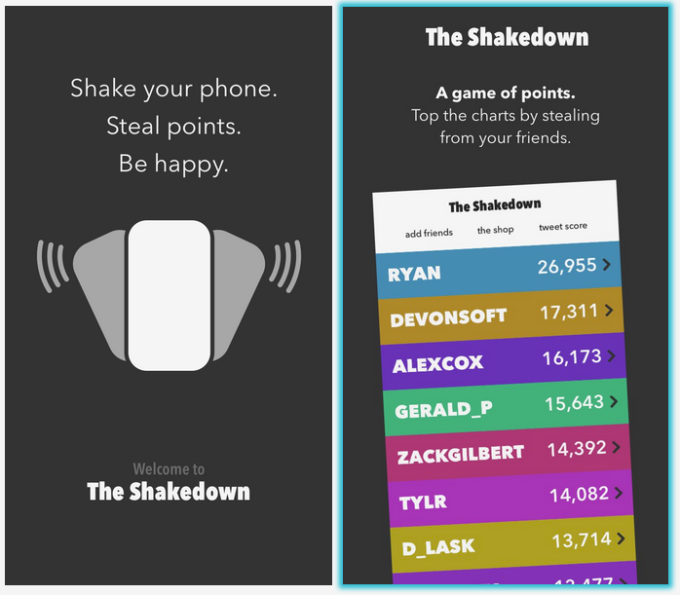 Oh, and you can give the duo $0.99 in-app to protect your score for a short period of time. Consider it digital protection money. Fuck you, pay me.

If the app is so abysmally terrible, why bring it to your attention? Simple: Jokes are becoming ‘things’ in the current bubble, and so I would be remiss to not bring you something so foolish and lame that it could just be the next Flappy Bird. Or TimberMan, whatever.

But to confess I mostly just wanted to post this tool dancing:

I’m looking forward to The Shakedown raising a huge round. News at 11.