Square just published a blog post outlining and refuting what it says are the “top 10 myths” about the payments company.

In some ways, the post is like a general FAQ, saying that, yes, Square does indeed offer customer support, and no, it’s not just for small businesses.

The company also addresses the reports that it delayed its IPO (something that Sequoia’s Roelof Botha, who sits on the Square board, denied at our most recent Disrupt conference). Myth #5, it says, is that “Square’s business is struggling,” while the company writes that in reality:

Like you, we’re a growing business. You invest in your future, and so do we. We’re well-capitalized and putting our money to good use: investing in people and new products. Reports that we tried to sell the company, or of a delayed IPO? False. We’re here for the long-term.

Why run this post now? Particularly when, despite the whole “refuting myths” framework, it kinda draws attention to potential weaknesses? Square is a bit coy on this front, except to say that there’s “a lot of misinformation out there.” However, the company certainly has been dealing with some negative press, including a Fast Company profile earlier this week suggesting that the company may have “lost its edge.”

Whatever the reason, it’s worth getting facts out there, but I’m not sure that a quick, not-particularly-in-depth response is going to convince the skeptics. 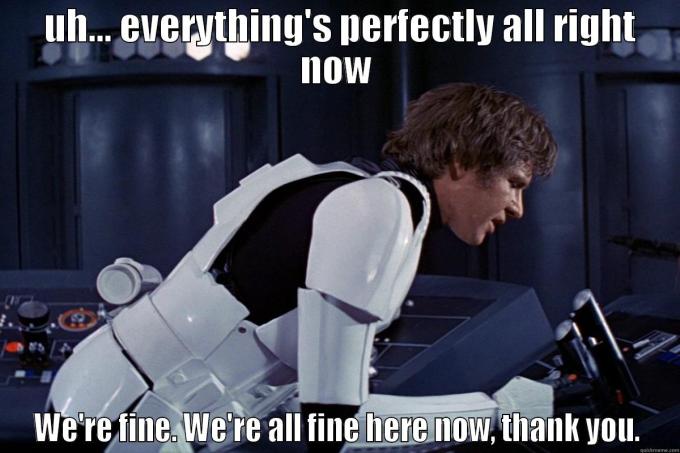