On Monday GAW Miners CEO Josh Garza announced the purchase of BTC.com for $1 million. The domain, which now points to a landing page, is to be a beachhead on the war to make bitcoin a household name and, like sex.com before it, the purchase garnered a lot of attention.

But why BTC.com? And why $1 million? I spoke with Garza about his purchase.

TC: $1 Million, huh? Where’d you get all that money?
Garza: I launched my first company while I was in still in high school, and sold it when I turned 19. I sold my first company, Great Auk Wireless, a broadband ISP that delivered hi-speed internet to rural households using wireless signals instead of coaxial cables, when I was 22. 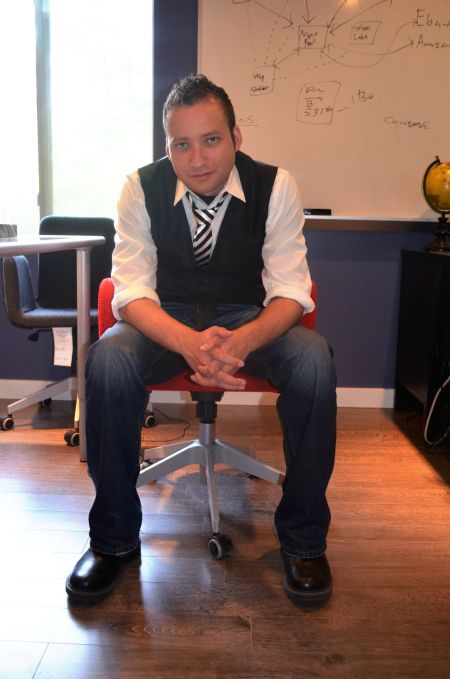 TC: Tell me about GAW Miners. How did you guys start?
G: GAW Miners was born after someone ripped me off during an ASIC purchase. I already owned the successful GAW.com, and decided to quickly launched GAW Miners in March 2014 to sell ASICs with fast shipping, reasonable prices, and compensation for any delays or downtime. The company was an overnight success and achieved over $10M in sales during its first month and is on schedule to do $100M in this first year.

TC: Is there still money to be made for the average user in bitcoin?
G: I think so, just not the “easy money.” Now it just takes some planning and math. But, like with most things, with hard work there is a ton of money to be made. But small-time miners hitting positive ROIs are a thing of the past.

Mining will always be profitable (that’s how the network difficulty algorithms adapt) but as more people and investors pour into the space, only the bigger dogs will win. You can still make money at home with the right hardware, but not for long. Soon, you’ll have to buy (or buy into) large hyper-efficient ASIC units run in data centers where electric costs are cheapest.

Mining is following the same path the Internet took. At first the world wide web existed mostly in desktop units people ran in their basements. Now the internet is mainly housed in servers that are run in massive data centers where management, storage, and electricity costs are low. It’s simply uneconomical to run a server at home anymore. The same is happening here.

TC: What’s the future of mining?

G: Cloud-hosted miners. Data centers cut energy costs in half, maximize uptime, and don’t take up premium residential space in homes. People are already buying their hardware from distributors like us and running their units remotely with a service like ZenMiner (which we are acquiring this week).

TC: Did you buy this domain to encourage mining or exchanges?

G: We’re bringing the two together for the first time and making it much easier for merchants and consumers to interact with cryptocurrencies. Its got to be simple.

TC: Why did you buy BTC.com? Was there a lot of brand awareness there?

G: There wasn’t much brand awareness behind the domain itself. But if your mission is bringing crypto currency to the world, owning the domain name that stands for the currency is a natural extension.