Calling itself the “world’s smartest baby monitor” Sproutling is launching its pre-order campaign today for its machine-learning monitor that predicts a baby’s sleeping patterns, mood and room conditions to provide personalized insights for parents via an iOS app.

Last year, Sproutling raised $2.6 million and an additional $100,000 this year to design the wearable aimed at raising parenting IQ and relieving stress.

Smart baby monitors aren’t new. Withings’ Smart Baby Monitor and Mimo both have features such as notifying parents if something is wrong with their baby, and wearable boot Owlet measures a baby’s heart rate. But Sproutling uses its machine-learning technology to send parents a push notification when they cannot pay full attention, such as in the shower or when taking a nap. It pairs a wearable band with a mobile app to deliver the results of 16 measurements in real time such as:

The app doesn’t simply provide the heart rate as a number, as co-founder Chris Bruce says it might cause a parent, who doesn’t really know the difference between 130 and 120 beats per minute, to worry. Instead, the wearable learns the baby’s patterns, whether it is the heart rate or sleep cycle, and averages it out to provide insights if an irregular change occurs.

“This actually tries to understand what is normal for your child, and if you can imagine when a newborn comes, their heart rate might be 130 beats per minute, but a second newborn might be 120 beats per minute, so the two children are alike but develop differently,” he said. “We worked really hard to make it simple.”

The wearable, made of hypoallergenic and medical-grade silicone, is washing machine safe, has a removable sensor and a wireless charger bowl that you can drop the band into. The charger itself is the environmental sensor for the room. The device lasts about three days of normal use, and takes about two hours to go from zero to a hundred percent.

Sproutling has a proximity sensor so it can tell you if the wearable has fallen off the baby. 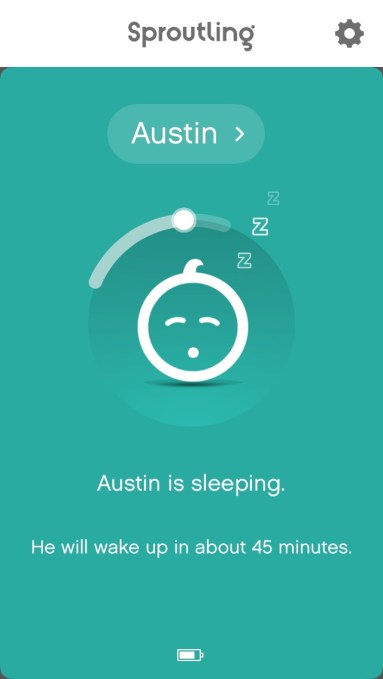 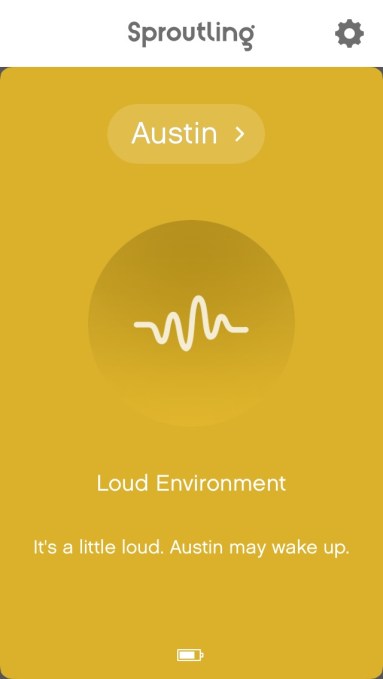 The app can be shared with others, such as a babysitter, and Bruce says wherever you go in the app, it will always keep your baby’s status on the same screen. The app lists the number of active wearables so you can monitor all your babies in one place. An Android app is in the works.

“Eighty-three percent of new babies are born to millennials, that’s a group that has internet-connected smartphones in their pocket and their technology demands are much higher than previous generations. Millennials are more apt to have a stronger sense of lifestyle and more social activity before and after they have children,” co-founder Mathew Spolin said.

It’s great that Sproutling is offering this type of machine-learning technology as it sounds like this will be a godsend for parents to catch an extra few hours of sleep before their baby requires attention.

The Sproutling Baby Monitor will retail for $299, but it costs $249 during the pre-order campaign while supplies last.