To fight Netflix, Amazon Prime Instant Video needs must-see TV you can’t get anywhere else. That’s why a source confirms that Amazon has hired Conrad Riggs, co-creator of Survivor and The Apprentice, “to make their House Of Cards.”

Netflix credited “House of Cards” with providing “a halo effect on our entire service” that included subscriptions and engagement. Amazon hopes that Riggs’ reality game-show expertise could help it spawn its own hit program. That could convince people to buy Amazon Prime subscription bundles that come with Instant Video access and drive physical product sales.

Riggs hasn’t updated his LinkedIn profile in years and IMDb doesn’t show him working on other projects beyond his Survivor co-executive producer credit. However, a source confirms he’s now a full-time executive at Amazon. We’ve requested a comment from Amazon and will update if we hear back. 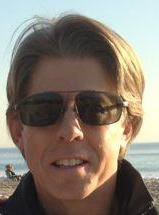 Survivor mastermind Mark Burnett worked with Riggs to adapt the program from Swedish show Expedition Robinson back in 2000. The American version became the country’s first breakout mainstream reality TV show, and was rated among the top 10 most-watched shows through 2006. Burnett and Riggs collaborated again in 2004 to create The Apprentice. Both shows feature the dramatic ‘worst competitors gets voted off’ mechanic that struck a chord with American viewers and is still prominent in shows like The Bachelor and American Idol.

It’s unclear exactly what kind of show Riggs will develop, but there’s some likelihood that he’ll stick to the genre he knows. Most big game shows today are on network TV, while premium platforms like HBO and Netflix’s original series tend to focus on drama and comedy. With Amazon’s technology background, perhaps Riggs will be able to integrate an interactive element so viewers can participate somehow.

The hire is part of a big content push at Amazon that includes the launch of Amazon Prime Music, a basic on-demand music streaming service that’s free for Prime subscribers. The company has also been staffed up to build exclusive games for its Fire Phone, and recently scored a deal to make its Fire TV the only place you can play the new Flappy Birds Family game.

The TV shows, music, games, and devices all unite to drive Amazon’s master plan: to become the only place you shop. If it can get you to buy a Prime subscription with free two-day shipping or view its store through Amazon gadgets, you’ll buy more physical goods and get more locked in to the platform. That way Amazon’s revenue will keep growing and investors won’t kick it off the island.