Last September, Google launched Web Designer, a free tool for Mac, Windows and Linux that makes it easy for anybody to build interactive HTML5 sites and ads. Since its launch, Web Designer got a couple of minor updates, but today’s release is the first major update in a long time and brings quite a few new features to the software.

The company says that ads built with Web Designer have now been seen over 2.5 billion times. The majority of users (72%) are outside of the U.S. and 20% are returning users.

Google always put the focus for Web Designer on producing interactive ads. And while the tool offers a number of ad-centric features, there is nothing that would stop you from using it to develop any other kind of content, as well. If you want to build ads with Web Designer, though, the new version now features a significantly deeper integration with that service, too. You can now publish your creations directly to DoubleClick Studio, for example, and those ads are automatically tagged with the right account, advertiser and campaign information.

Google’s AdWords service for advertisers now also supports HTML5 ad creatives from Web Designer. This marks the first time AdWords can handle HTML5 ads. Google also says that Flash ads that are uploaded to Adwords will be automatically converted to HTML5 now, too.

Other new features include an integration with Google Drive to make it easier to share Web Designer files with others, as well as integration with the CodeMirror text editor. On the more technical side, the team rewrote each component in the application as a web component. This includes things like galleries, maps and YouTube embeds.

Given Google’s propensity for abandoning projects like this, it’s nice to see that the company continues to invest in Web Designer. It’s a surprisingly easy tool to work with and thanks to its integrated code editor, you can always get your hands dirty and fine-tune the result to your liking by manually editing the CSS and JavaScript. 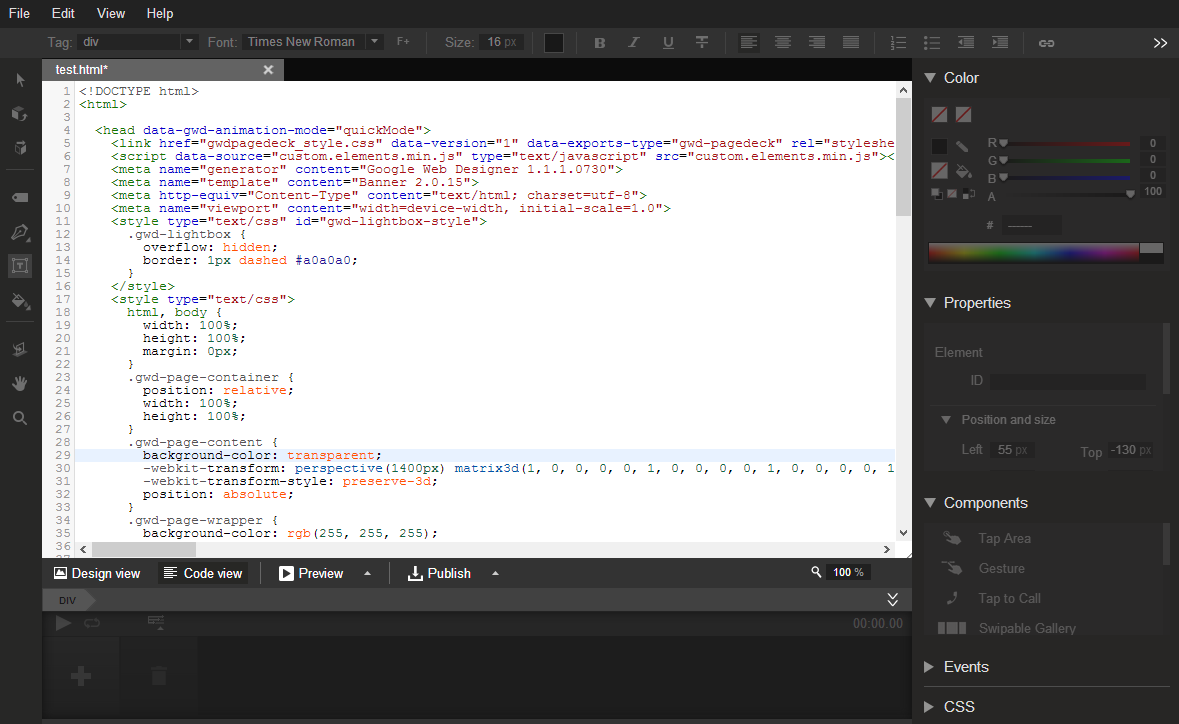