Snapchat’s VP of Engineering, Peter Magnusson, has left the company only six months after the L.A.-based startup was able to poach him away from Google. Magnusson was a particularly high-profile win for the ephemeral messaging app maker, as he had previously headed up Google’s App Engine, a cloud-based platform that counts Snapchat as one of its largest customers.

The hire was part of a larger talent grab at the quickly growing startup that had, at the time of his hire, also recently brought in ex-Amazonian engineering director Timothy Sehn and former Facebook exec Emily White, who became Snapchat’s COO.

But things didn’t start off well for Magnusson at Snapchat, thanks to a Wall St. Journal article that initially claimed that part of his new role at the startup would involve migrating Snapchat off of App Engine and over to its own infrastructure.

After commenting on the article to correct the statement, adding “Thx WSJ for pissing off all my old Google friends,” The WSJ edited the article to remove the portion about Snapchat weaning itself off App Engine. 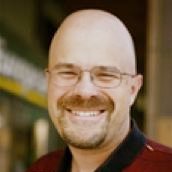 However incorrectly it may have been first reported, more broadly speaking, Magnusson’s role at Snapchat was to involve evaluating the company’s infrastructure, and, in his own words: “over time develop more infrastructure ourselves, in particular in specialized areas of our apps.”

With his departure, it’s unclear if to what extent, if any, that strategy has now changed. Snapchat wouldn’t offer a comment on Magnusson’s departure, but would say that the company continues to be “really happy with our Google infrastructure.”

According to Magnusson’s LinkedIn profile, he worked in his role at Snapchat from February to July of this year. We’ve reached out to Magnusson for comment, but have not received a response.